Apple has the largest network of self-promoting stores of all electronics and PC manufacturers. Microsoft is still building out its retail presence as it’s absent from most metro areas. Sony seems to be downsizing its retail footprint as of late. Samsung sells just about every kind of gizmo under the sun, from tablets to TVs, and is showcasing it all at a retail store in New York. I was completely unaware that such a store existed and will do my best to stop by it next time I’m in New York. 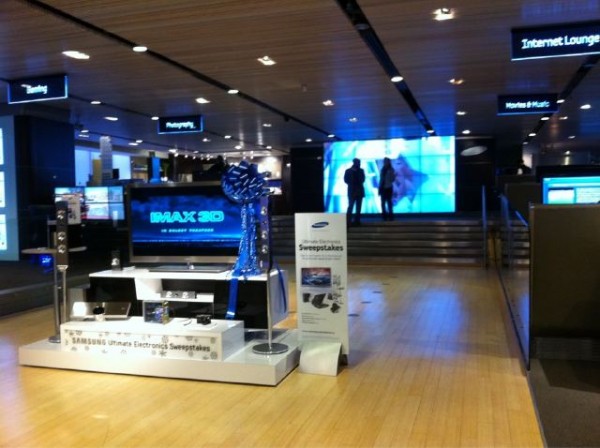 Jerimiah Owyang posted a snapshot of the Manhattan Samsung store, which is the only one in the U.S on Twitter. Fromt he looks of it, the Samsung store looks pretty cool. I wish more OEMs would step up and build permanent showcases for their wares. It’s still much too difficult for the average consumer to go hands on with a lof of gadgets before ordering them online. While a few of us are lucky enough to frequent trade shows or get invited to check out the latest tech at private briefings, the masses have to buy a lot of their gear sight unseen.

As much as I love living in San Francisco, it’s kinda lame that I have to go all the way to New York to see tech from most brands displayed properly. When I do make it to New York, my favorite place to visit is B&H Photo, which is by far the best camera and electronics store I’ve ever seen.

Hopefully Samsung and others will bring more retail stores out west.

I also noticed that Samsung’s giving away some pretty nice gear for the holidays. All you need to do is upload a photo of your mom’s outdated computer. 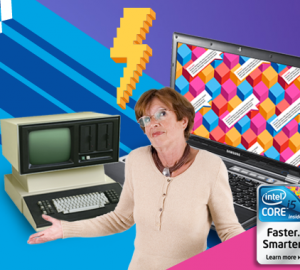