The 12-inch MacBook is a revolutionary device indeed, but the fact that it has only one USB port has been a problem for some users. Satechi has revealed a couple of new products to try and fix it.

The company has revealed a USB-C card reader that includes a slot for a regular SD card and a slot for a microSD card. The small, flash drive-sized device can be plugged into anything with a USB-C port, and it’s small enough to easily carry around in a pocket or a backpack and quickly whip it out when you need it.

The card reader will be priced at $20 when it releases later this year and will come in silver, space gray, and gold to match your respective MacBook color. It’s a cheap little accessory that should be an instant purchase for photographers.

Back in October, Satechi revealed a USB-C MacBook dock that let you plug in pretty much anything you can imagine, but the company has updated the dock to include a passthrough USB-C charging port, which means that you can charge your MacBook while you have the dock plugged in. 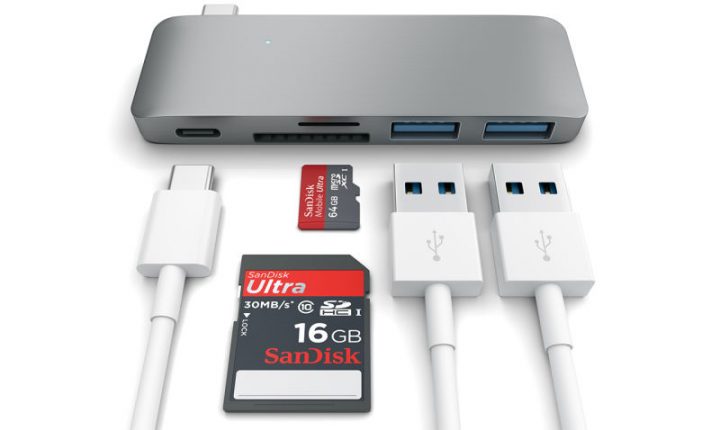 The new dock comes in the three Apple colors to choose from, and will be priced at $40 ($6 more than the old dock), which is really cheap for a dock like this, making it another instant buy for those who want more ports on their 12-inch MacBook.