Digital photography may be an easier way for shutterbugs to more easily save their photo memories forever, but that doesn’t mean the tools they use to store and edit them will always be around. In a statement to noted Apple enthusiast Jim Dalrymple, and then others, Apple has announced it will be ceasing development for its professional photo app, Aperture. Apple will also be phasing out its consumer photo App, iPhoto. Both Apps will fade out of favor and be replaced by the new Photos App that is expected to be released in 2015. Apple announced the new Photos App and iCloud Photo Library at the 2014 World Wide Developers Conference earlier this month. 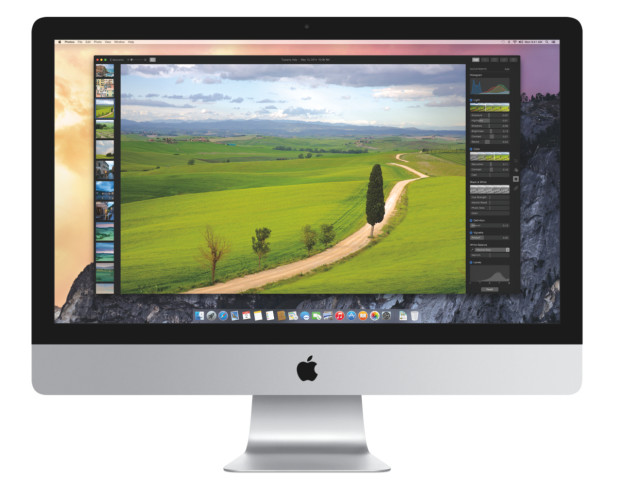 With the introduction of the new Photos app and iCloud Photo Library, enabling you to safely store all of your photos in iCloud and access them from anywhere, there will be no new development of Aperture. When Photos for OS X ships next year, users will be able to migrate their existing Aperture libraries to Photos for OS.

Aperture has been marketed as the professional Apple photos solution for some time now. iPhoto is the consumer photography software that has been included with the iLife suite of Apps. Apple is taking great pains to insure users of its other “pro” Apps, Logic Pro and Final Cut Pro, that it will continue to develop those two applications.

Apple will be providing users with a tool to seamlessly move photos stored in Aperture to the new Photos App and also provide compatibility updates for Aperture to work with Yosemite as future development on new iterations of that application begins to cease.

If you think about this for a second, Apple is setting up one heck of a digital photo moving operation on the release of Photos and iCloud Photo Library. While consumers may have photo libraries on their devices both large and small, most professional photographers who use Aperture do so for its organizational features that help manage large collections of photos. If, and that is a big if, those photographers trust Apple’s iCloud Photo Library for storage, there will be a lot of data moving to complete the transition.

Apple’s cloud inconsistencies in the past have been so consistently problematic as to become a cliché. While Apple has continued to take steps towards making iCloud the hub of activity that its devices relate to, many have been and are skeptical about how well Apple will pull any cloud based initiative off, let alone one that potentially sees millions of users migrating large amounts of data in a short period of time.

Many professional photographers will not only be skeptical, but probably opt for other alternatives such as Adobe’s Lightroom which has always been an Aperture competitor. With Lightroom now a part of Adobe’s Creative Cloud that allows users to choose a $10 per month subscription plan that features frequent updates to the software, Adobe seems to be breathing new life into its once prohibitively expensive platform.

As expected Adobe immediately began hyping its solutions to Apple photographers in a blog post.

Put simply we’re doubling down on our investments in Lightroom and the new Creative Cloud Photography plan and you can expect to see a rich roadmap of rapid innovation for desktop, web and device workflows in the coming weeks, months and years. We also continue to invest actively on the iOS and OSX platforms, and are committed to helping interested iPhoto and Aperture customers migrate to our rich solution across desktop, device and web workflows.

It sounds like photographers of all stripes will be having some decisions to make in the months ahead, although many consumers will probably just follow Apple’s lead. One thing is for certain though, those who have photo collections, regardless of size, should be looking at local options for backing up their iPhoto or Aperture libraries.