There’s a fun game available on both iPhone and Android that we think could become the next Draw Something phenomena. It’s fun and addictive, but needs one major change before it could hit that level of popularity. And at least one other person seems to like it, since Apple just announced that the app became the 50 Billionth downloaded app in the iOS App Store, earning an Ohio resident a $10,000 gift card for downloading the app.

The game works when two friends randomly say a word. They must eventually find a common word. When they do, they win.

Since the app marked the 50 Billionth app downloaded we expect many iOS customers will check out the game. It’s free, so there’s no reason to not try it out, but we’re extremely disappointed with the game’s freemium funding model. It’s a shame a better app didn’t mark this milestone for Apple.

Apple said that over 800 apps get downloaded each second. The store started in 2008 with only 500 apps. They’ve come a long way.

Here’s how Say the Same Thing works. Log into the game using Facebook, or sign up for an account. Using Facebook helps with finding people to play with. We tried to find a random player or the play with someone from the OK team, the makers of the game. Both options left us waiting too long for a partner. Finally, a Facebook friend joined the game and we started to play using the Facebook option. 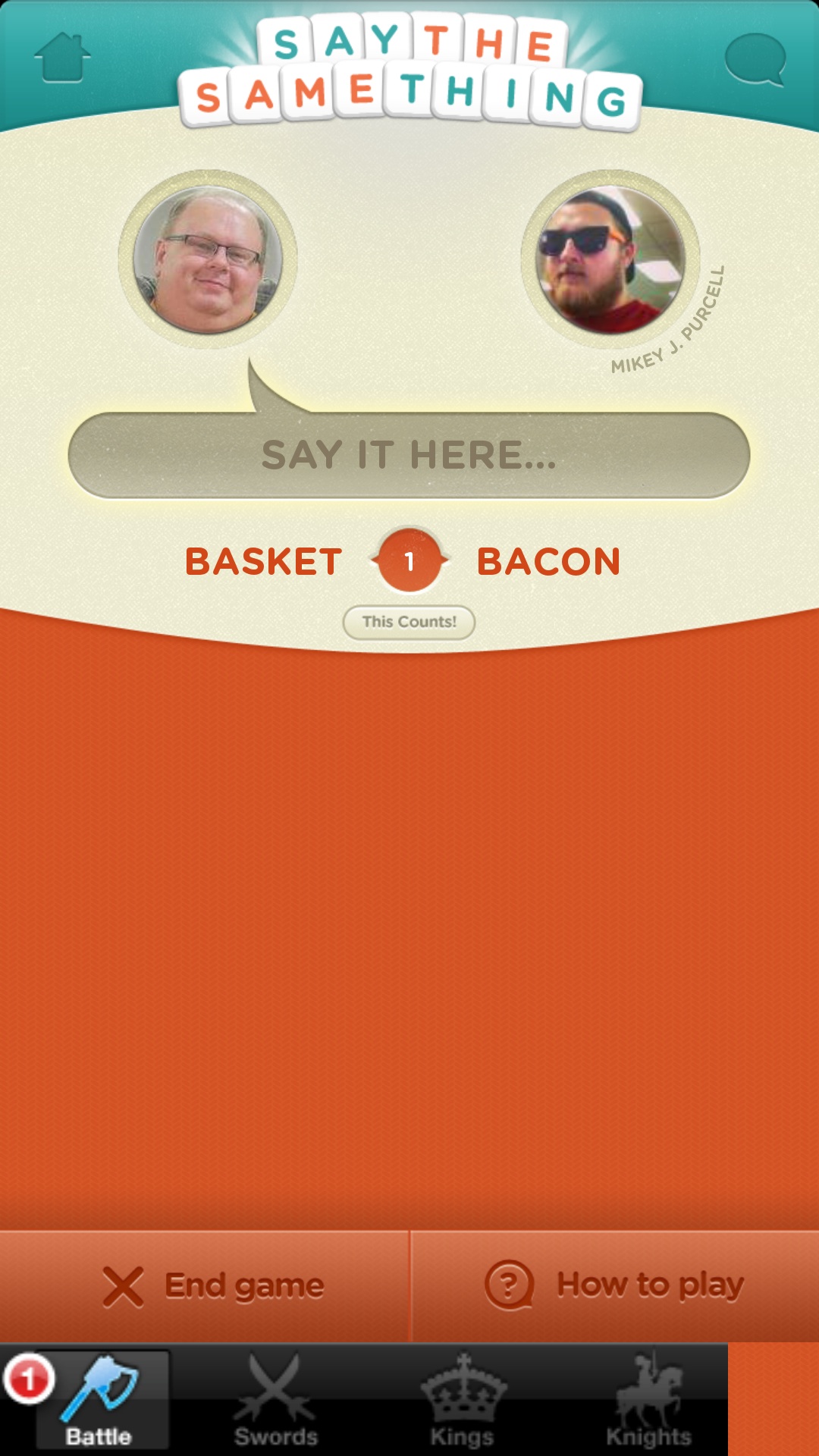 Each player types a random word into the app. The two words show up on-screen and each user must think of a word that “comes between” these two words. For example, if player one uses burger and player two types the word cheap, they might agree that McDonalds sells cheap burgers and type McDonalds. If that happens, the game ends. However, it seldom goes that quickly. Normally the game goes many rounds with no answer. It can get frustrating and often laugh-inducing.

The OK Go crew that made the game created a funny ad for Say the Same Thing. Their ad shows that users really don’t need the game at all. Just play via text, over the phone or in person.

The game comes free in both the iOS App Store and the Google Play Store. The company opted for the freemium model, which in this case means the game costs nothing, but in-app purchases potentially make them some money. That’s where the game falls short, and as a result will likely not become the next Draw Something. To play, the user spends bananas. As expected, to get more bananas the user must pluck some cash from their wallet and pay for them.

We love the game idea and hope they find another way to fix this one. Charge us a buck or two up front and we’ll recommend it to everyone we meet. Keep the banana cash and we’ll tell all our friends to stay away.