Problems with GMail running slow as molasses? Feel like you are having to wipe your device and start over far too often? Plagued by nagging inconsistencies that seem to turn into unsolvable problems? Well, you’re not alone. Scott Hanselman has written a post called Everything’s Broken and Nobody is Upset that chronicles a number of issues that he experienced with software in one week. One week. I have to say, that I also see some of these issues. So, what gives?

In my view, take it for what it’s worth, there are a combination of factors. First, many companies work hard and rush to get a product out of the door, but don’t apply the same focus to keeping things running smoothly, as they move on to the next thing. Second, with larger solutions, like GMail, I believe software companies have become like other big businesses. They know to a certain extent that we’re used to their solution or product, and will respond politely when we complain. But essentially they don’t care about the customer in the long run. I remember boarding a European airline once and sitting across from a customer who had a broken seat. When the customer complained to a steward, he got a look that essentially said, “hey, don’t blame us, you selected this airline.” The problem was never resolved before we took off. 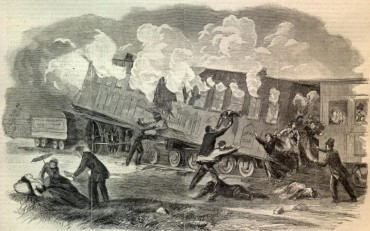 I remember writing this post back in 2011. After having a nice conversation (they are all nice conversations these days.) I was later told that a way to solve this was to perhaps delete some of my email. I responded back that I thought a selling point to GMail was that we didn’t have to delete anything so that all of it would remain searchable. The response was, well, yeah, but you might want to delete some of that email. So much for consistency.

GMail isn’t the only problem I experience, there are others. And like with GMail, many of those problems have to do with an App or service being able to scale to handle increased usage. That’s a follow through issue and follow through issues aren’t as exciting as working on something new.

Anyway, I suggest you take a look at Scott’s post. I’d also love to see comments from you that tell about the problems and inconsistencies you face in your day to day usage. If you don’t have any problems, I’d love to hear that too. Either way, let us know in comments.