The iPhone 6 will feature a scratch free display according to a new report, that suggests Apple has enough Sapphire for the iPhone 6 4.7-inch model, the 5.5-inch model and the iWatch

A new report claims Apple will have enough Sapphire to coat an iPhone 6 with a 4.7-inch display, a 5.5-inch display and even enough to fit on an iWatch that could come in October to deliver the bridge between iOS 8, the iPhone 6 and your health.

The report is an important to figuring out what Apple can offer consumers this fall. A previous report from Ming-Chi Kuo suggested only the high-end models would come with a Sapphire cover, but it appears Apple is ready to cover the entire fall iPhone and iWatch lineup in Sapphire. 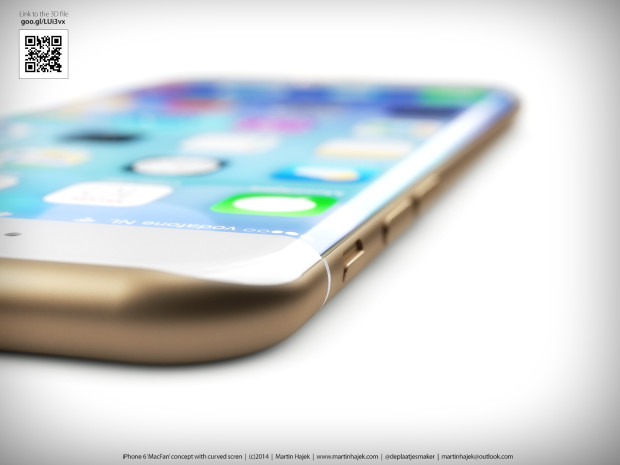 Apple will reportedly use Sapphire on the iPhone 6 displays and the iWatch. Concept – Martin Hajek.

This new iPhone 6 design could help the iPhone 6 survive drops better and will certainly offer more protection against scratches from car keys and other sharp objects. Demos routinely show a Sapphire screen looking like new after rubbing concrete on the display and even smacking it with a small chunk of jagged concrete.

Sapphire is an incredibly durable material, second only to Diamonds in hardness. Instead of using glass to cover the top of the iPhone 6, Apple is going to use this scratch resistant material. This is not the same Sapphire you’ll find in a jewelry store, but a giant block of commercially grown Sapphire sliced into thin layers and stacked on top of the iPhone 6 display.

Apple invested half a billion dollars in a U.S. company that specializes in Sapphire production and Sapphire furnaces, and a new report from Matt Margolis published on The Obsucre Analyst includes important information about Apple’s ability to use this wonderful  new material on the entire fall lineup of mobile products. In the report Margolis states,

“As a result of my most recent supply chain check I believe that the Mesa sapphire operations will have an ample supply to cover the iWatch, the 4.7” iPhone and the 5.5” iPhone with full sapphire cover glass in 2014.” 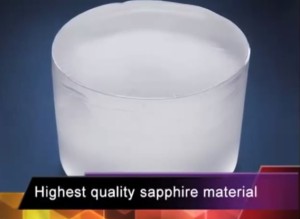 Margolis closely covers the Sapphire industry and previously outlined how Apple can apply the coating the prevents fingerprints from sticking on your iPhone display to an entire block of Sapphire, instead of to individual sheets of it.

The check show Apple and GT Advanced are likely working with 2,500 furnaces in the Mesa Arizona facility producing Sapphire in blocks of 235 kg. The image to the right shows what the iPhone 6 screen cover looks like after GT Advanced Technologies is done growing the Sapphire material.

From here, Apple will slice this into very thin pieces to cover the iPhone 6 display and the iWatch, according to rumors. We expect to see two iPhone 6 screen sizes this fall, a 4.7-inch model that is a direct replacement for the iPhone 5s, and a 5.5-inch model that is designed to compete with the LG G3 that arrives next month with a 5.5-inch display and the Galaxy Note 4 that should arrive in September.

Apple already uses Sapphire on the iPhone 5s Touch ID sensor and on the camera cover, two areas where scratches could impact performance. After using it in these smaller areas, it appears Apple is ready to include it on the iPhone 6 screen for both models.

Rumors also indicate Apple is working on an iWatch release for October, which will include sensors that can tie into Health for iOS 8 in order to give iPhone users a more complete picture of their health and fitness. Margolis believes Apple has enough Sapphire to use on the cover of the iWatch, which is important considering the ease of bumping a watch face against objects every day. Many high-end watches use a Sapphire crystal cover to prevent scratches.

Although we don’t expect Sapphire on the iPad mini Retina 2 or iPad Air 2, it looks like Apple is ready to cover the entire fall lineup of iPhones and the iWatch with Sapphire so you can use them without worrying about scratches.

If you want to know more about the iPhone 6, you can read our complete rundown of iPhone 6 rumors, or check out the quick bullet points below.

It is possible that Apple’s investment in GT Advanced Technologies and demand for this much Sapphire will keep other companies from adding Sapphire to their smartphones.