Today a new company called Scratch Wireless announced a plan to take on wireless carriers by offering a completely free mobile service for smartphones. There’s always a catch when it sounds too good to be true, and as expected, there’s a few here worth mentioning. Sure you’ll get free service on WiFi, but there’s more to it than that.

Scratch Wireless has a similar approach as others such as Republic Wireless, but they’ll be offering both free options, as well as pay-as-you-go for those in need. Scratch Wireless customers can connect to Wi-Fi with their smartphone, then they’ll be able to make calls, send text messages, and browse the web all completely free. It’s when no WiFi is around that things get interesting. 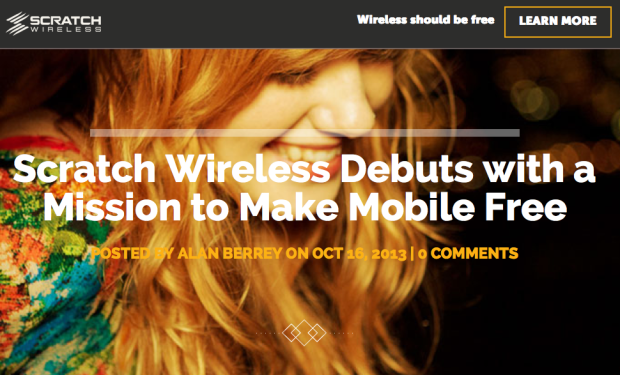 Scratch Wireless will be using the Sprint network for services, so that could instantly be a deal breaker for some, but is similar to Ting and other alternatives. When customers aren’t home or at a Starbucks with free WiFi, they’ll have to pay for services, which come from Sprint. However, it’s worth noting that text messages are always free. So this could be an excellent alternative for those who rarely actually make a phone call.

Scratch claims it’s the first truly free wireless carrier and mobile service, and we’d have to agree. Others offer something similar but there’s still some sort of small monthly fee. If used correctly, Scratch customers won’t pay a cent. Aside from purchasing a Scratch Wireless capable smartphone of course. 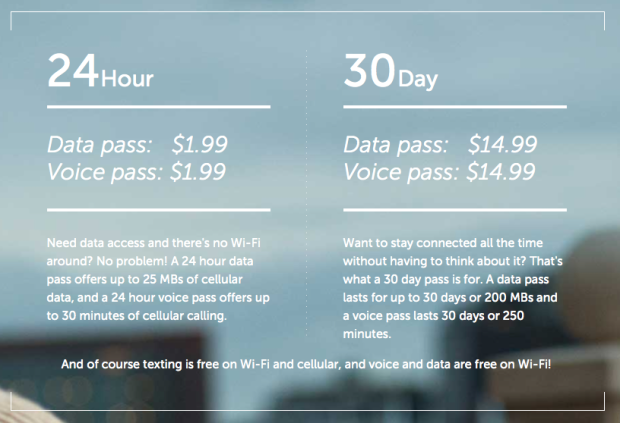 So what about when you aren’t home, at the office, school, a cafe, or somewhere with WiFi? You’ll be able to pay for passes if you need to make a call. Scratch will offer a day pass, or an entire month pass as shown above. They aren’t the best, but you could essentially have a $30 monthly phone bill (when you even need to pay) and be completely good to go.

But wait, there’s another catch. If you read closely above you’ll notice they aren’t offering very many minutes or data, but then again, this will only be used in select cases when you don’t have a WiFi network available. 24-hour passes will deliver 25MBs of data and 30 minutes of voice. Which is only enough for a few YouTube videos and a quick call or three. 30 day passes however will allow 200MBs and 250 minutes. And again, texting is always free.

Is it Worth It?

Scratch Wireless obviously won’t be for everyone. One of the many reasons is they only have one device for now, the Motorola Photon Q slider, which will be $269. Not to mention piggyback on Sprint’s network, which isn’t the best by any means. If you’re a previous no-contract user on Virgin Mobile, or any other pre-paid option that watches your minute closely, this could be a great alternative.

Scratch Wireless received $5 Million in funding and is preparing to launch soon, but for now there’s only a sign up page for those interested in more details.