Yesterday, Microsoft released 3 screenshots of Office Live Workspace.  This is going to be an interesting release as a competitor for the already released Google Docs, OK not released, but things stay in the Beta stage at Google forever!  I have to admit that I haven’t spent much time on Google Docs – other than clicking around to create a few test pages – but it’s probably because of ‘big corp company’ I work for probably wouldn’t be happy with me creating all my documents on the web.  This release from Microsoft will get directly compared to Google documents so it will be something to watch all the reviews when they start to come out.  Depending on how it’s integrated into Office Desktop, it might be something I could use a little more, who knows maybe soon all documents will be created in the Cloud.

I wonder if you can edit/markup documents in Ink :) Either way, click on the thumbnails to view each of the three screenshots and you can sign up of the beta at this link. 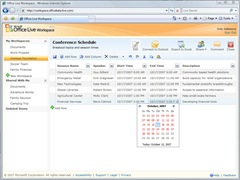 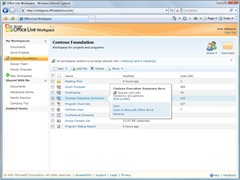 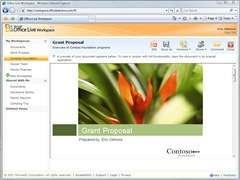