If you need to extend the storage capacity of your iPhone or iPad in order to fit more movies, music, or photos, the Seagate Wireless portable hard drive is a 500GB mobile storage device that can give you more storage than what Apple would ever provide in their mobile devices. We got the chance to check it and see how it performs.

The Seagate Wireless (as you can probably guess from its name) is a $129 wireless hard drive, meaning that it has an internal battery that can power the hard drive without the need for a USB or outlet connection. It also has its own WiFi network, which is how you connect it to your iPhone or iPad (from there, you can connect to your home WiFi or other network to get internet). Apple doesn’t support connecting external drives directly to your iPhone or iPad using the Lightning connector, so this is the next best option.

A hard drive like this sounds great on paper, but how does it perform in the real world? And is it something that’s worth buying if you want to take your entire movie collection with you on the go? Let’s find out.

The Seagate Wireless comes with a playful design and is available in a myriad of colors. If you’re wanting a sleek and thin portable hard drive, this isn’t for you, but if you’re someone who values function over form, you’re in the right place. The hard drive weighs about 9.5 ounces and is fairly larger than most portable hard drives, thanks to the internal battery. However, it still fits wonderfully in a bag and you shouldn’t have any problem finding a space for it.

The device has a recessed power button and three LED lights: One that indicates battery (with just simple green and red colors to tell you when the battery is getting low), another that lets you know that it’s plugged into a USB connection, and the other that shows you the WiFi status (blinking means that it’s booting up and a solid light means it’s ready to be connected to a device). 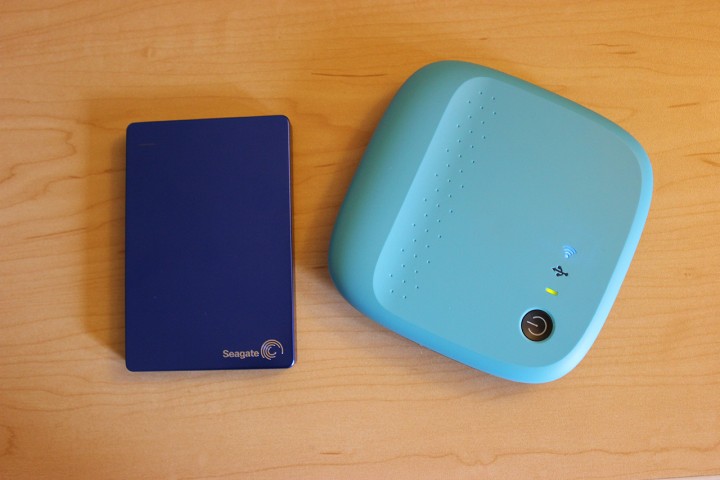 One thing to be aware of is that the WiFi capabilities won’t work when you have the drive plugged into a computer. It has to be one or the other. This means that if you want to charge up the drive and use it wirelessly at the same time, you’re out of luck. However, it will work if you’re charging it up using a portable battery pack, like this one.

However, when WiFi does get put to use, up to three devices can be connected to the Seagate Wireless at once, making it a great option for when you have family members or friends wanting to stream movies of their own at the same time that you’re watching a movie as well.

Seagate claims a six-hour battery life, which is pretty close to what I ended up with — about five and a half hours of continuous video streaming from the drive. This should last you through any domestic flight across the country, but anything longer and you’ll want to take the included microUSB cable with you to charge it up when need be. 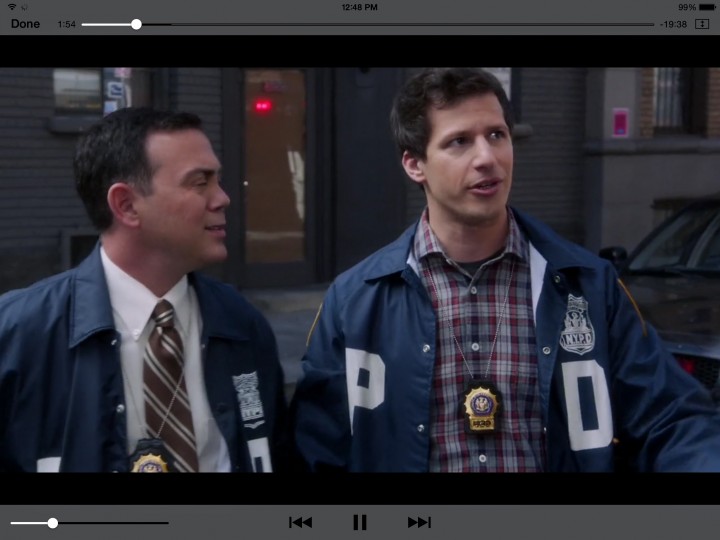 One huge problem with the Seagate Wireless is that it can only be formatted in NTFS or Mac OS Extended. Otherwise, the drive won’t boot up properly and you won’t be able to connect to it wirelessly. Personally, I like to format all of my external hard drives in ExFAT to make it work flawlessly on both Windows and OS X, but that sadly isn’t an option with the Seagate Wireless.

It can transfer you to VLC to play foreign video formats, but I still had problems playing .MKV files through VLC, as the player couldn’t load the audio properly.

Another big issue is that the USB connection is only USB 2.0. In a day and age where USB 3.0 is now the standard, it doesn’t make sense for a new product to ship with USB 2.0. I suppose it’s not a huge deal, and it shouldn’t be a deal breaker if you’re thinking about buying this, but it simply just means that files will take longer to transfer to the drive from your computer.

Overall, the Seagate Wireless is a great idea, and if you’re wanting to take your entire movie collection with you while on the go, it’s a good option to consider, as long as none of your files are in weird file formats.

For $129, it is a bit expensive for a 500GB drive, but considering that it comes with a built-in battery and its own WiFi, that’s not a bad price to pay, although it would be nice if it came in larger storage capacities.