Google may unveil its multi-platform rival to Apple’s iOS-based Sirir voice assistant by the end of the year. Google’s solution, which may be based on the secret, but leaked Majel project, may debut simply as Google Assistant and would expand on Android’s Voice Actions right now. News of Google Assistant comes even after Android head Andy Rubin lashed out against Siri in the past, saying that your phone should not be an assistant.

Rumors of Google Assistant are swirling in advance of Apple’s March 7th announcement of the company’s iPad 3 tablet and a speculated Apple TV refresh, which would bring Siri’s voice assistant capabilities outside of phones and tablets and into entertainment and television. The feature, combined with what Apple may be working on for a long rumored television set with a new user interface, may help to revolutionize television viewing. It seems like Google is feeling some of the pressure and is working on its own competitive solution. 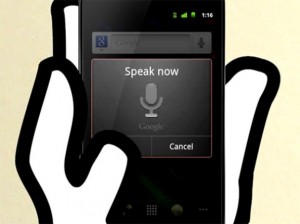 According to blog TechCrunch, the Google Assistant project is spearheaded by the Android team, and there are three goals right now for the project:

1) Get the world’s knowledge into a format a computer can understand.

2) Create a personalization layer — Experiments like Google +1 and Google+ are Google’s way of gathering data on precisely how people interact with content.

The good news about Google Assistant is that Google will open it up to developers, so hopefully what that means is that we’ll have a more universal speech and voice engine that covers not just the Android platform, but also third-party apps as well.

The app and service may be unveiled during the fourth quarter of this year, but even that is uncertain.

Related Topics:Secret Majel Project to Debut at End of Year as Google Assistant for Voice Commands