iPhone jailbreak hacker Jay Freeman has recently discovered a potential security flaw on Google Glass that may expose users to unintended surveillance if malware makes its way onto the wearable computing device. In the Google Glass Explorer Edition that’s being shipped out right now from Google to developers, Freeman found that a lack of a PIN or authentication method could potentially allow anyone who gains physical access to your Glass to install malicious applications.

The danger in this case is that Glass has an always-on microphone and a camera. If a malicious app gains access to these hardware features, hackers would be able to hear your conversations and see what you’re seeing. 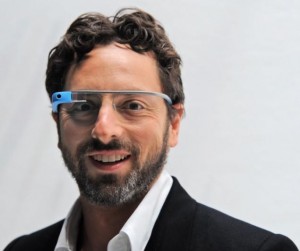 “Once the attacker has root on your Glass, they have much more power than if they had access to your phone or even your computer,” Freeman tells Forbes. “They have control over a camera and microphone that are attached to your head.”

As a smartphone resides mostly in your pocket, having access to the microphone and camera(s) on these devices may be of little use to hackers where the video would just be of your darkened pocket or purse and the sound would be muffled in clothing.

“A bugged Glass doesn’t just watch your every move: it watches everything you are looking at (intentionally or furtively) and hears everything you do. The only thing it doesn’t know are your thoughts.”

Additionally, another concern is that the images and videos that users would gain access to could further be uploaded to remote servers.

Additionally, as the UI of Glass is extremely visual to accommodate for not having a touchscreen that you can tap on as with a smartphone, Freeman says that hackers can potentially see you typing all your passwords. This would only be possible on smartphones if someone is able to install a keystroke logger on your mobile device.

Perhaps, this is why Google is delaying the consumer release of Glass to sometime in 2014 to iron out all these issues.

Still, Glass is gaining the support of pundits like Robert Scoble, who says he never wants to take Glass off and uploaded a photo of him in the shower wearing Google Glass to prove his point.