The Samsung Galaxy S III typically suffers from shorter battery life compared to the iPhone, but an extended battery like the Seidio Innocell Extended Life Battery can solve the problem for a decent price and without adding too much bulk or weight to the handset. The Galaxy S III battery doesn’t drain as fast as some other Android phones, but I still need a larger capacity battery like this one from Seidio to get through a busy day.

I tested the Seidio Innocell Extended Life Battery with a 3500mAh capacity in my Samsung Galaxy S III over about a week’s time repeatedly draining it and recharging it to test the life of the battery. As one can see from the screenshot below of the battery setting screen in the Android OS on my Galaxy S III, the battery lasted 29 hours, 48 minutes with 11% still available. That computes to roughly 33 hours of battery life. 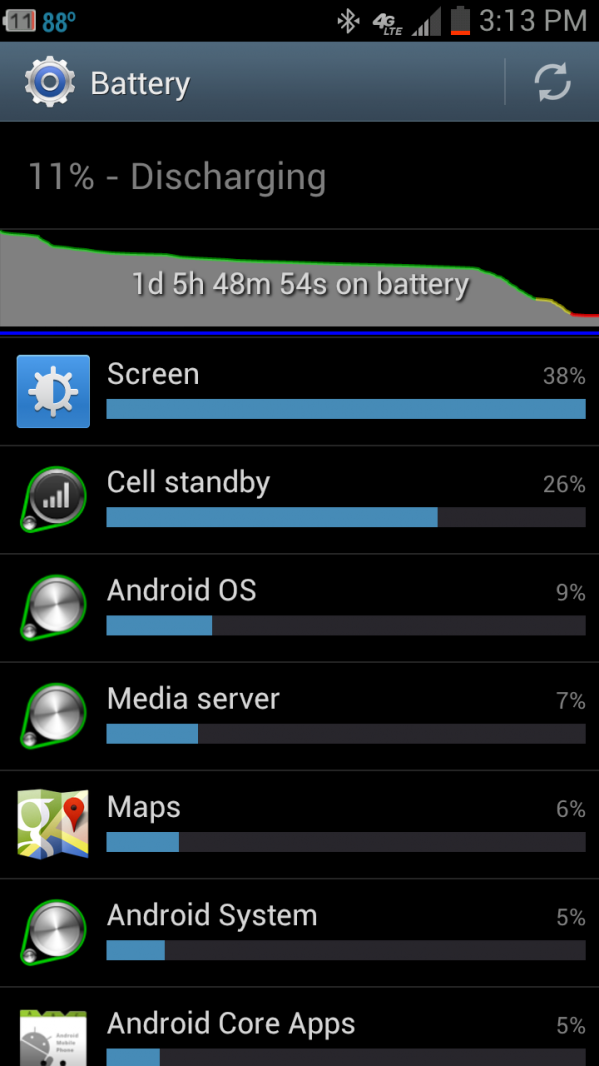 People want to know how long a battery will last, when paying for an extended life battery. Clearly the Seidio Innocell Extended Life Battery adds plenty of life to the Samsung Galaxy S III at the price of $69.95 directly from Seidio or from Amazon. The way I use my phone, it nearly doubles the life thanks to the 3500mAh power. Is it worth that price, especially when I compare it to the Hyperion battery that I recently reviewed. It offers a 4200mAh battery for less than a third the price at Amazon. The Hyperion also lasted longer. 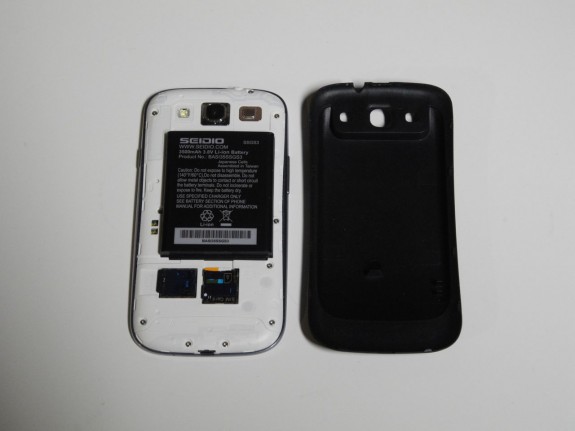 With the Seidio the user can get an optional NFC-enabled version of this battery available soon for just $5 more (preorder for delivery after Sep. 17). NFC or near field communication makes it possible to quickly transfer data between phones that include the wireless technology. With NFC Tags, the user can program a tag and it will turn on or off certain functions of the phone. I can place a tag on my desk that turns off certain functions leaving just the wireless and WiFi turned on, since I don’t need data while at home. If I place one in my car I can make it turn on Bluetooth so my phone will pair with the Bluetooth in my vehicle. Neither the cheaper Seidio battery nor the very inexpensive Hyperion batteries include NFC. 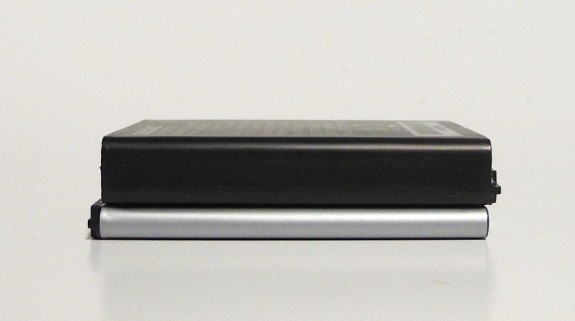 Before going out and buying either the NFC or non-NFC version of the Seidio Innocell Extended Life Battery, consider the added weight and thickness it adds to the phone. It didn’t feel a like a brick but users will notice a difference. Users who love the super sleek and lightweight feel of the Samsung Galaxy S III should think twice before adding even a little weight and thickness. I don’t mind it, but others might.

The back that comes with the Seidio Innocell Extended Life Battery changes the color of the Galaxy S III back from white to black. I wish Seidio would offer a matching back that mimics the glossy and super smooth included backing from Samsung. Hyperion’s backing feels just like the stock back. Seidio’s feels softer to the touch and may provide more grip. I just prefer the smooth backing from Samsung. 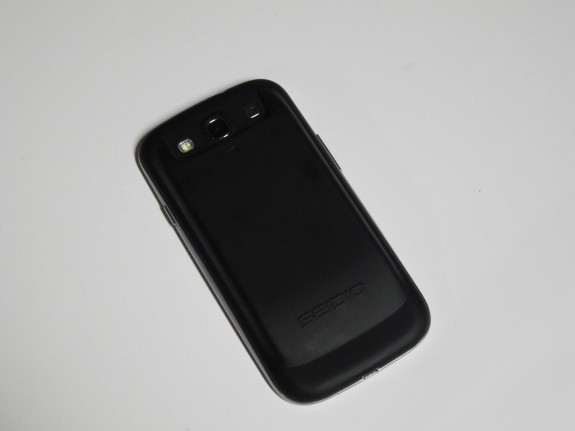 Unlike some battery backings, this one fits perfectly. It’s easy to install and remove, a benefit for those who need to carry the extra battery and use it in addition to the stock battery. Also, remember that adding a thicker battery means most form-fitting cases won’t fit the phone. Seidio offers some custom cases that take into account the added size of their battery.

For those who don’t care about NFC, I prefer the Hyperion battery. If users need NFC, then get wait a couple of weeks to get the version with NFC from Seidio even though it doesn’t last as long and doesn’t come with the matching white battery backing.