The Seidio Vitreo Tempered Glass screen protector for iPhone 5 installs easier than any other screen protector we’ve tested and offers thicker protection with a smoother touch experience than most.

Lower quality screen protectors don’t feel as smooth as the glass iPhone screen. While swiping and touching the surface of the screen the user will usually experience a tacky feeling on most screen protectors. For that reason, many will forgo a screen protector, leaving their expensive phone exposed to the possibility of scratches. Finding a screen protector that solved this problem proved difficult… untill now. 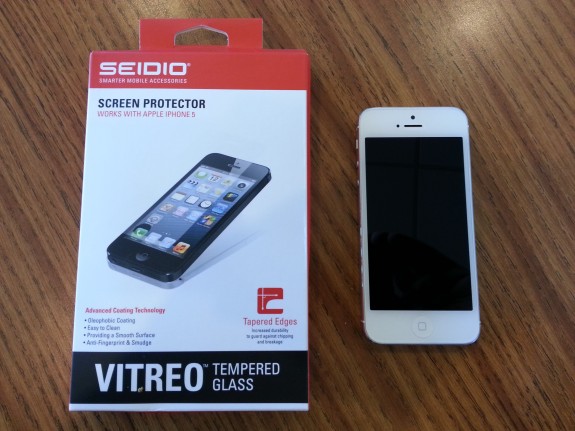 Since it’s made of glass, the Seidio Vitreo measures thicker than most screen protectors, which means it protects the screen better. However, that extra thickness doesn’t make it less responsive. In fact swiping and tapping on the Vitreo protector feels just like the iPhone 5’s screen. 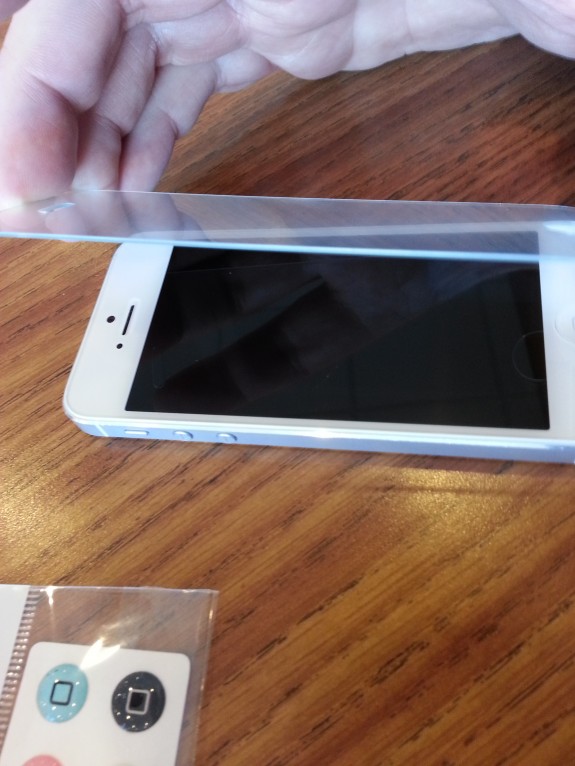 Glass screen protectors started to show up recently at CES 2013. We some a couple of them from BodyGuardz and Spigen.

A good screen protector also deals well with air bubbles beneath the surface. When applying any screen protector bubbles will likely occur. We’ve seen some that require the user to wait, as the bubbles disappear over a day’s time. However, the Vitreo slowly adheres to the screen, pushing most of the bubbles out as it progressively adheres to the screen from one edge to the other. We watched as it slowly did this without any intervention on our part.

We squeegeed out the few bubbles that remained after application with the included cardboard pick. We pressed against the 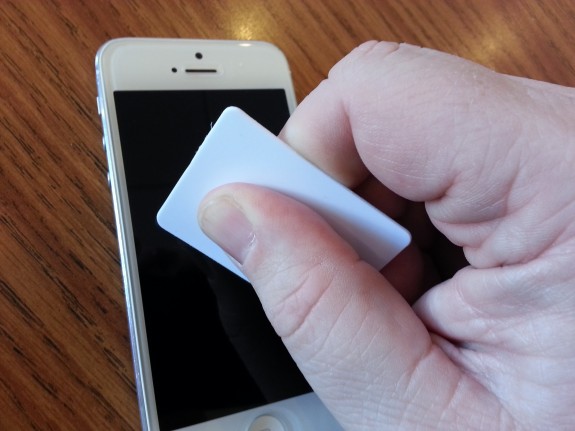 lone bubble and pushed it out the side edge of the iPhone 5 screen. It took less than a minute. 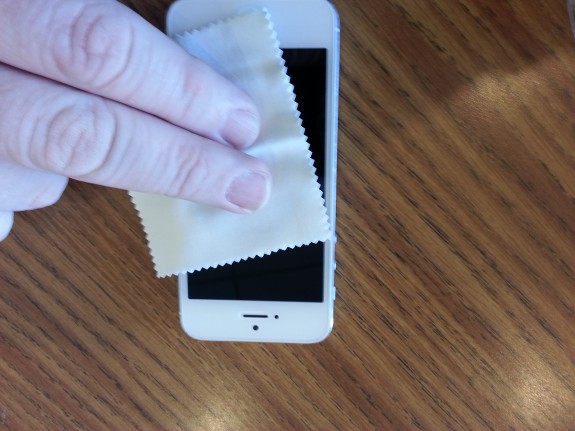 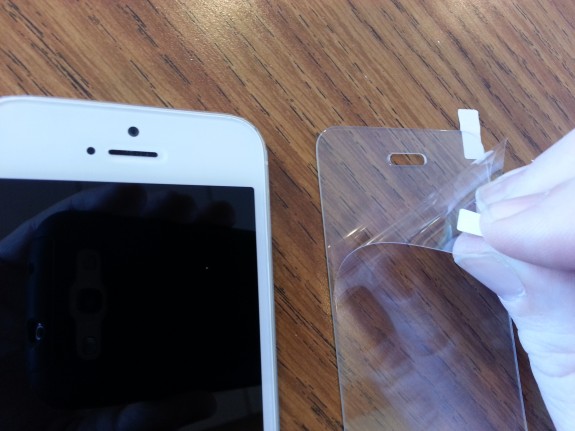 The Vitreo comes with two layers of protection that the user peels off during application. Seidio put two tabs on them to make them easy to pull off the glass. They’re labelled with a “1” and “2” which may confuse some users who don’t carefully read the directions. Take off the one labelled with the “2” first because that’s the underneath layer. Then peal off the one labelled with the “1” which protects the top from fingerprints during installation. We did it in reverse thinking the “1” meant we should take it off first, but it didn’t mess up the installation process. 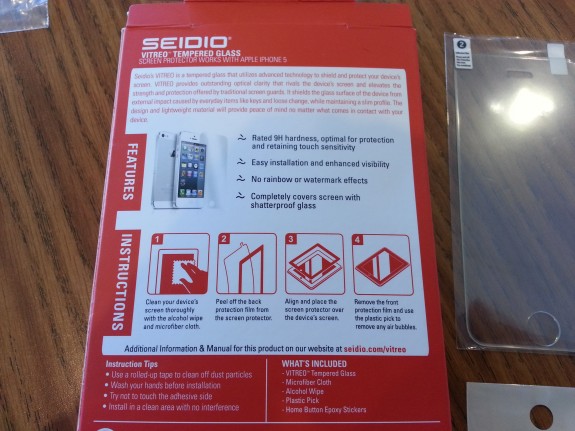 Be sure to read the instructions first.

Seidio included a lint free cloth and alcohol-free wipe to clean the screen first. They also included four overlays to put on the Home button. The buttons come in white, black, pink and light blue. They’re a little hard to apply without making them crooked or off-centered. 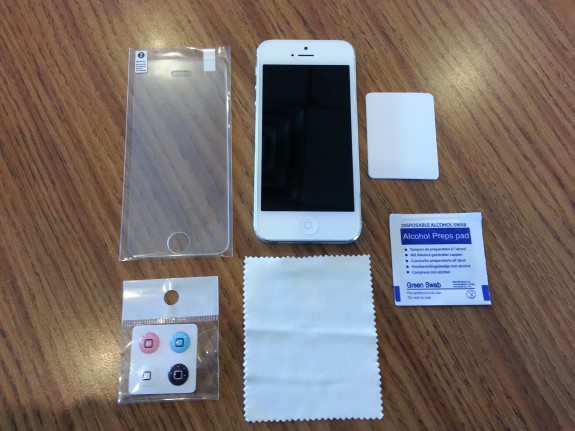 We highly recommend the Seidio Vitreo Tempered Glass Screen Protector for iPhone 5 as the best screen protector we’ve used. It’s the first one that solves the problem of a smooth touch and handles bubbles better than most of the others we’ve tried. It costs $39.95 direct from Seidio or $39.75 at Amazon. The company also sells them for other smart phones, like the popular Samsung Galaxy SIII with either black trim for black phones or white trim for white phones. An iPad version for the iPad 2, New iPad 3rd generation or iPad with Retina Display 4th generation costs $69.95.