Motorola Android smartphones and tablets are being banned from being imported into the U.S. effective today following an order from the U.S. International Trade Commission, or ITC. This time the ban is being sought after by Microsoft, and not by Apple, who claims that Motorola’s 18 products violate key patents surrounding Microsoft’s Exchange Active Sync technology. Motorola has responded and says that it has a plan to overcome the ban, but so far has not revealed what those plans may be. 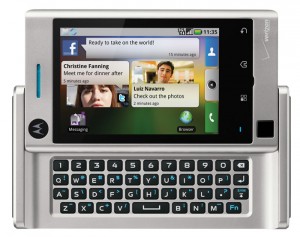 “In view of the ITC exclusion order which becomes effective Wednesday with respect to the single ActiveSync patent upheld in Microsoft’s ITC-744 proceeding, Motorola has taken proactive measures to ensure that our industry leading smartphones remain available to consumers in the US,” Motorola said. “We respect the value of intellectual property and expect other companies to do the same.”

Motorola had in the past, with its Android product line, played up Exchange Active Sync features as a focus to target enterprise and corporate customers. The company had marketed the Droid Pro along with various Exchange features to steer BlackBerry customers to Android and to its device, which comes with a BlackBerry-style physical keyboard.

Microsoft’s claims, however, said that the violations were not limited to those devices, so Microsoft could essentially go after other and more current Motorola Android products.

In a separate German case against Motorola filed by Apple, the court there decided that the Motorola Xoom tablet does not infringe on Apple’s design.