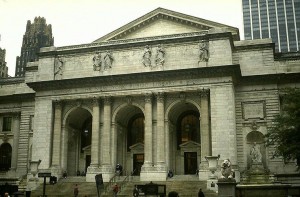 In promoting its digital books sales, publisher HarperCollins hopes that its restrictive policies towards libraries for digital book lending will stymy growth of the digital book loans in favor of a digital purchase model. The new policy, targeted at libraries that loan out e-books, would have the title’s license expire after 26 checkouts. Assuming a checkout period, or loan period, is two weeks, a digital book will expire and self destruct after a year and libraries would have to purchase a new license to replace the expired book license.

Expiring, self-destructing e-books is a paradox of the benefits of e-books, which is supposed to outlast printed books, won’t fade, get ripped or torn, and would exist virtually forever.

The new policy, introduced last week, has gotten librarians in public libraries outraged as it would add extra costs to the system. With printed books, a library would pay a one-time fee for a hardback or paperback edition and that’s it, until the book gets damaged, lost, or stolen and needs to be replaced. With the new digital expiration policy, which so far is only being implemented by HarperCollins, the libraries would need to re-purchase licenses to keep popular books on digital shelves ready for checkout. With an e-title license costing upwards of $10, that would put additional financial strain on cash-strapped libraries, especially in a period of economic downturn today. Libraries are so annoyed that they are vowing to boycott titles from the publisher, which published titles from Sarah Palin and Joyce Carol Oates.

Harper Collins is defending its actions, however, citing that old policies were implemented long before the transition to digital. In a statement, the publisher says, “We have serious concerns that our previous e-book policy, selling e-books to libraries in perpetuity, if left unchanged, would undermine the emerging e-book ecosystem, hurt the growing e-book channel, place additional pressure on physical bookstores, and in the end lead to a decrease in book sales and royalties paid to authors.”

It’s the lending process that has publishers uneasy as it would mean that buyers may borrow instead of purchase. Some publishers, like Simon & Schuster and Macmillan don’t even make their titles available for libraries.