Color me confused. Apple made its big announcements this week. And they were big. Apple’s entire product line (except for the desktop Mac Pro) has now been updated in the last month or so. That fact alone is impressive. Lots of focus obviously was on the iPad mini. (note the small ‘m’). I had sorta kinda chalked things up to Apple doing what it was going to do. The vaunted iPad line with a new smaller version was going to continue its juggernaut like roll through the computing industry while the other players took the field this fall with stronger entrants. But then the Apple earnings call happened yesterday. 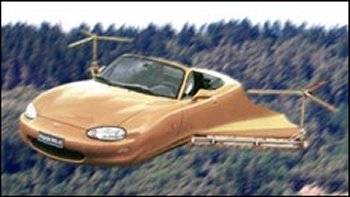 No, this isn’t about units sold/not sold or beating/not beating expectations. That game is one that I find as farcical as presidential elections these days. This is about Tim Cook’s statement regarding Microsoft entering the fray with Windows 8 and Windows RT. Cook, dismissively tossed out a line saying “I suppose you could design a car that flies and floats. But I don’t think it would do all of those things very well.” James Bond and Batman fans notwithstanding, I think Tim Cook misspoke in ways that make our current day politicians look like rhetorical giants and careful orators.

I know what Cook was aiming for, but I think he missed, and missed big with his comments. Certainly the fan boys will disagree, but I think Cook disparaged one of products main strengths as he was attacking the competition. Dissing the competition is fair game, just don’t shoot yourself in the semiotic foot when you do so.

If only it could be used as a skateboard.