The Sensus iPhone case is a touch sensitive iPhone case that allows app developers to connect to the case for scrolling, pressure sensitive controls and hopefully gaming.

Right now the case company is looking for developers to add support, which they say will take a few lines of code, and a developer SDK is available now.

In the short video below we take a look at what the Sensus iPhone case can do, and what it can do for gaming on the iPhone.

At this point the Sensus iPhone case is an accessory in search of developers but the company shared that this could be a used to scroll through tweets in Tweetbot with the side of the iPhone case and to flip through the pages of a Kindle eBook. Of course this is dependent on developers adopting the technology, which is also going to come down to adoption and units sold. 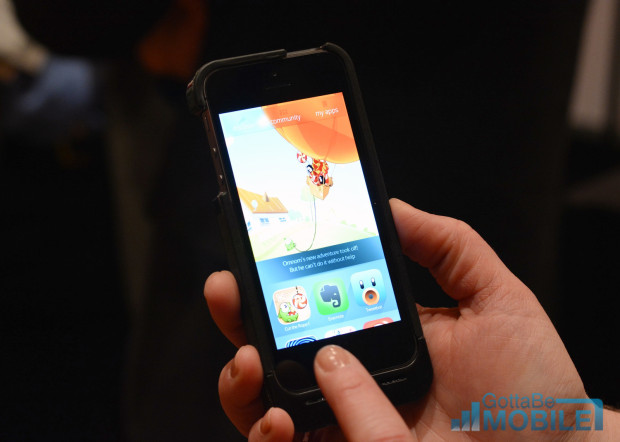 Apps like Tweetbot could in theory allow users to scroll through tweets with the side of the iPhone.

The most intriguing aspect is the back of the case which reminds us of the PS Vita which features a touchpad on the back capable of allowing users to control games with a tap, such as shooting on goal in FIFA 14. This type of touch control tech would be a welcome addition to iPhone gaming, but it faces an uphill battle in getting big name developers to sign on and will face off with the slew of iOS 7 compatible gaming controllers. 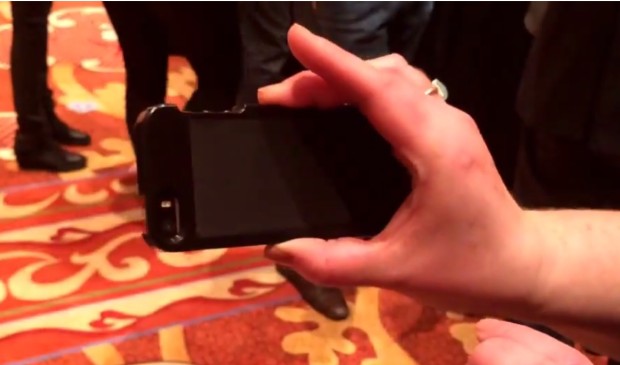 The back of this iPhone case is touch sensitive.

Sensus demoed a collection of apps that use the back and side of the device as well as the ability to place a small item on the back of the case to see how much it weighs.

Sensus plans to sell the case for $99, and is not currently sharing a public release date.