The September Black Ops 3 update 1.16 is out now on PS4 and Xbox One, bringing many changes to Call of Duty: Black Ops 3.

This is what you need to know about the September Black Ops 3 1.16 update, including what’s new and what we know about the broader rollout. This is a 2.5GB update on the Xbox One. 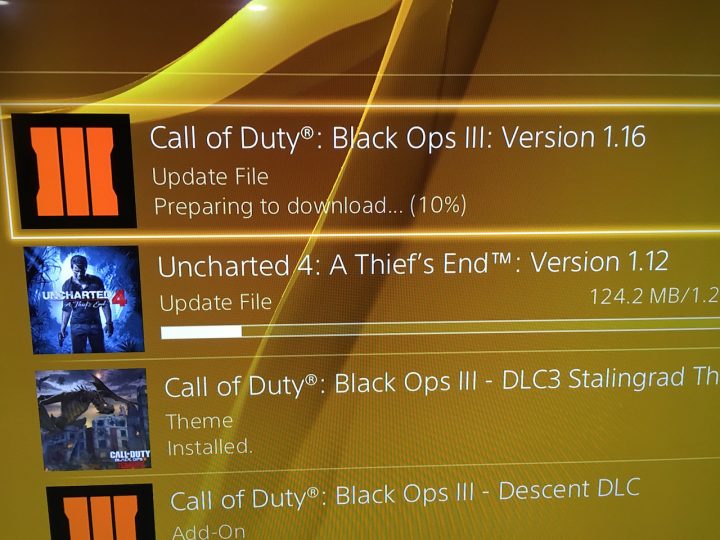 The first September Black Ops 3 update includes changes to multiplayer and zombies in Call of Duty: Black Ops 3, including issues with contracts, changes to specialists and more. The links below point to where the changes are listed, or you can keep reading. 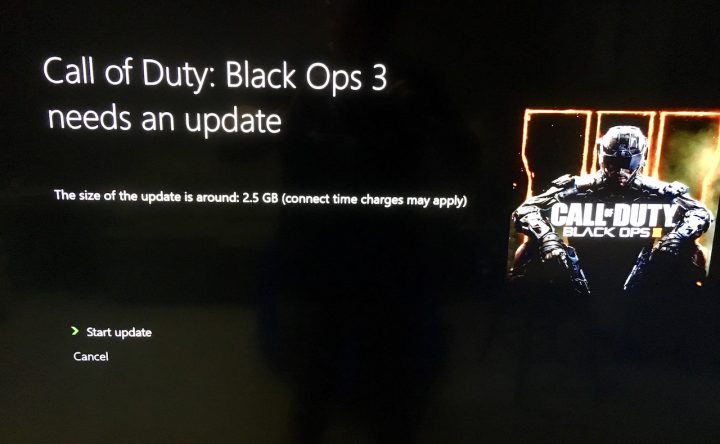 Since this update we’ve seen a number of small hotfixes deliver important changes to your Xbox One, PS4 and PC. These are listed below, and will factor into the patch notes.

The Call of Duty: Black Ops 3 72.4.10.*.0 hotfix is out now on PS4, Xbox One and PC. It fixes problems with Match Cryptokey rewards and Contracts Cryptokey rewards as well as issues in DOA and Zetsubou No Shima. It also fixes a leaderboard issue that only showed people in your party, not in the match.

Treyarch rolled out the 65.19.25.7.0 hotfix just a day before the Eclipse DLC 2 release on Xbox One and PC. This includes fixes for User Interface bugs in Challenges and Der Eisendrache gameplay bugs.

In the 65.18.23.7.0 hotfix Treyarch disables Double XP and removes an Awakening promo.

In the Black Ops 365.14.18.7.0 hotfix there are fixes for issues and it turns on Groups on PS4 after a collection of issues with PS4 Black Ops 3 groups. You choose what the group is, and you can join multiple groups as well as control the privacy of each group

In the 62.11.19.7.0 hotfix we see changes to the Zetsubou No Shima Zombies DLC including, “the awesome white box that appeared over your head when you had the Castle tram token.” Check out more hotfix changes.

On April 20th the 62.2.7.7.0 hotfix addressed DLC 2 issues, and only comes to users who already have the 1.09 update. The fixes include, improvements on map collision from DLC 1 to DLC 2. Treyarch is looking at a code issue to fix glitches that users found.

On April 12th the 59.24.34.7.0 hotfix adds a new Black Market bribe that guarantees a Taunt or Gesture. This costs 300 Call of Duty Points or 60 Cryptokeys and the offer expires on April 14th at 10 AM Pacific, 1PM Eastern. This is the latest option like this, which could be leading the way to a Weapons DLC bribe. The initial message only mentioned Call of Duty Points as the way to buy this bribe. We are still waiting for a more detailed list of changes. 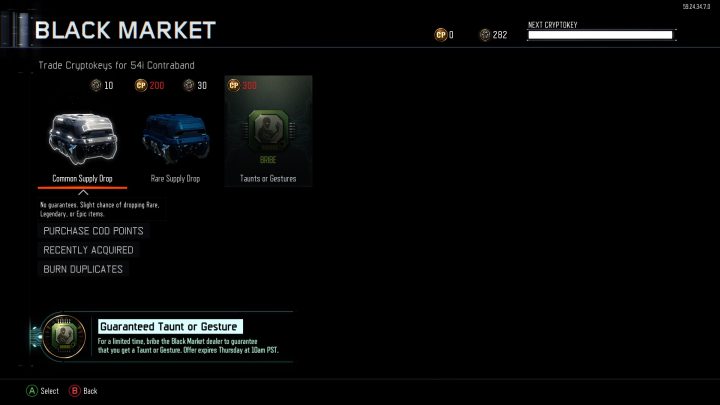 What you need to know about the Black Market bribe in the new April Black Ops 3 hotfix.

On April 8th the 59.21.30.7.0 added turned on the Double Cryptokey and Double Liquid Divinium weekend, fixed Shadowclaw audio issues and included behind the scenes script fixes for streaks, challenges and taunts

On April 6th the 59.20.26.7.0 hotfix added behind the scenes fixes, fixes for Zombies exploits and fixed an issue with Black Ops 3 prestige calling cards.

On April 1st the 59.14.24.7.0 hotfix arrived to turn on the Double Double XP weekend in Black Ops 3, open up free Awakening Black Ops 3 DLC to PS4 owners and included tuning changes to the Tag & Bag challenge.

On March 29th the 59.9.17.7.0 fixed bugs, exploits and Zombies Prestige issues. This fixes a Shawdowclaw bug, but does not change the weapon states. The hotfix also fixes un-named exploits and contains a fix for the ZM Master Prestige Calling Card not unlocking according to the short patch notes

On March 25th Treyarch made changes to the Black Ops 3 in game store, but did not offer detailed changes. It was around this time that we saw a leak mention the Black Market Arms Dealer. If true, there may be a way to spend 150 Cryptokeys and get a guaranteed new Black OPs 3 weapon or spend 1,000 Call of Duty points.

On March 22nd we learned that there are new Black Ops 3 guns, melee weapons, taunts and specialist gear in this March Black Ops 3 patch.