Sergey Brin Opens Up about Openness on the Web

Google co-founder Sergey Brin, in an interview with The Guardian, is kicking up the fear factor about the future of the open web. He says he’s concerned that governments and companies that love their more closed approach to things, like Apple and Facebook, pose a danger to those who believe that the web should be as open as it is diverse. There are certainly those who agree with Brin, and there are more, like myself, that think a truly open web is just another unicorn to chase. The debates on this have been legion already, and are sure to be bandied around again. 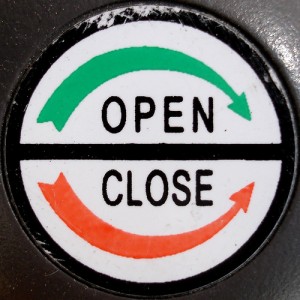 Open, in regards to the web, is one of those big concepts like democracy and equality of justice. (Read Google’s opus on Open from 2009 here.) These kind of concepts point the way to noble ideals, but in practicality, they run up against human nature in all of its messy glory. There’s a reason that democracy is an ideal and that no government on this planet is a true democracy. The founders of the US saw that reason and created a representative democracy. They knew that as humans we are incapable of looking beyond our selfish interests when it comes to dealing with how to govern each other.

The same thing is true, in my mind, about openness on the web. Governments and business concerns believe that they need controls in order to do their thing, whether that be governing or making money. A truly open web implies a level of both trust and cooperation that our species hasn’t yet proved it is capable of. You can blather on and on about the rightness or wrongness of this and that, you can call some ways of dealing with things “evil” and promise to do no such thing. Yes, there is some evil out there in the big bad world and as humans we take steps to prevent and contain it. Those are called rules, regulations, laws, etc… Intriguingly enough, depending on the circumstance and the perspective, some of those end up being called evil as well.

I have this theory about rules and regulations and such. This springs from my own Christian background obviously, but when the world was created there was basically one rule. Don’t eat the damn apple. We’ve been creating new restrictions on ourselves and anything we’ve ever created since that first errant bite.

I’ve long maintained that Google’s view of an open web is one that suits Google’s needs and there are holes that can easily be punctured in the open mantle Google wraps itself in. That said, Brin has valid points as far as they go. While I can see the benefit of a truly open web experience spanning the globe, (at least until we have other globes to span), I can’t see the humans who control the world’s information ever wanting to give up their control, or their profits. More to the point, I can’t see the humans we other humans let run the world ever believing that the age old concept of knowledge being power, applies to anyone other than those who hold the power. In fact, you could argue that the Google’s and the Facebook’s of the world have made it easier for those who want to use information against anyone. That may be carrying things a bit too far on many levels, but there is certainly merit to the argument.

In my view, freeing up the world’s information isn’t going to bring about the changes in human behavior that openness implies. I think that would require some re-coding in our makeup that would be infinitely more complex than the coding that runs the web.