The PS4 includes Remote Play, a feature that lets users play PS4 games on a PS Vita over the Internet.

This uses the processing power of the PS4 to deliver great looking games to the PS Vita’s 5-inch display and allows gamers to pick up where they left off before going mobile.

Users need a PS4, a PS Vita and a very good internet connection on both ends. 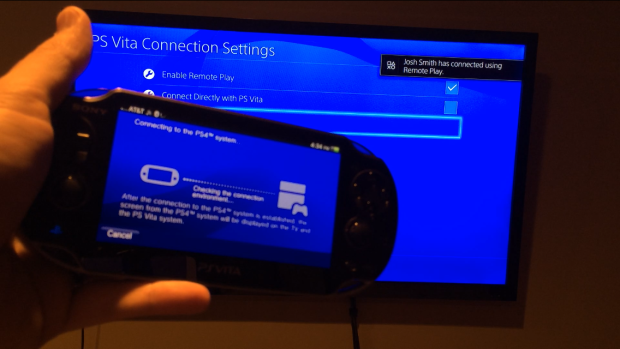 Set up PS4 Remote Play on the PlayStation 4 and PS Vita.

While Sony talks this up as a way to play at home, you can play on an outside network such as at work or a friend’s house as long as the connection is good. Some users can even play on a fast 4G LTE connection assuming their home connection is also good. Additionally there is an option to connect direct to the PS4, which will simplify the connectivity issues if you are at home, and can help if you have bad WiFi coverage in a room.

The video below shows how to set up PS4 Remote Play on the PS Vita. You will need access to your PS Vita and PS4 at the same time.

Next, you can choose to enable the PS Vita to Connect Directly which will bypass the home router and Internet altogether if the PS4 and PS Vita are near each other.

Next tap Add Device and on the PS Vita you need to go to PS4 Link -> Start -> Remote Play and enter a code to link the devices. 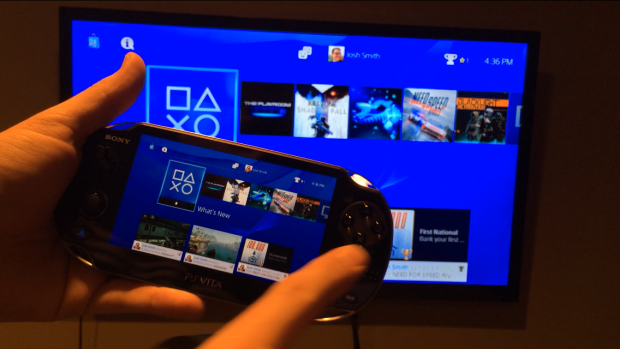 After this initial setup you can tap on PS4 Link and then Remote Play to start playing. You have full control over the PS4, but if you bought your games on disc you will need a disc in to play. The PS Vita can wake the PS4 and can play games that are on the hard drive as well. Anyone using the PS4 will see what the person on the PS Vita sees. 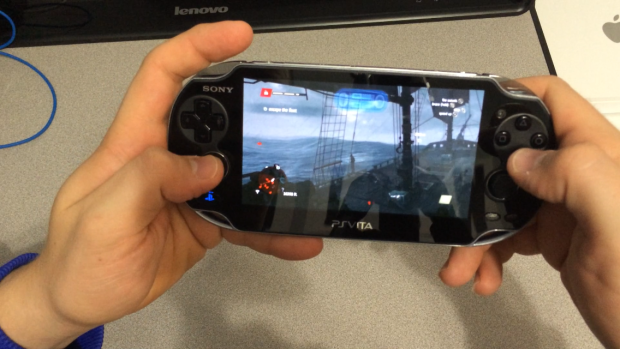 When the PS Vita is connected to the PS4 in remote play the user can move between games and other system options. The PS Vita does not offer the same controls so users need to use the touchpad on the back to access all controls. This means while all PS4 games support Remote Play, the gaming experience is not tailored to the PS Vita which means the overall value will vary.