Earlier this week we shared that Apple had reportedly lost another unreleased iPhone in a San Francisco bar. The original report came from CNet, which claimed that Apple was working with the San Francisco Police department to recover the “priceless” prototype.

We were suspicious of the report, given that Apple lost an iPhone 4 in a bar the year before and enjoyed copious amounts of news coverage. This time around there were reports that Apple was tracking down the phone and had even offer an undisclosed amount of cash to an individual believed to have the phone. We had heard it might have sold on Cragislist for $200, but it looks like this is all one big lie, marketing stunt or confused source.

SF Weekly went to the San Francisco Police Department and were told by spokesman Officer Albie Esparza,  “I don’t know who his source is, but we don’t have any record of any such an investigation going on at this point.” 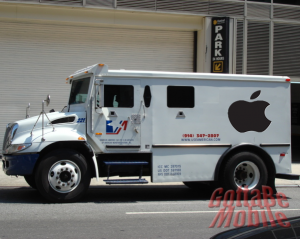 Additionally, there is no record of officers from local police stations responding to Bernal Heights to investigate. Esparaza reportedly told this to CNet, but the story still ran. This makes us wonder who the source is, and how connected they are. Perhaps Vic Mackey is on the case.

So, there you have it, the police department, which supposedly investigated alongside Apple’s security team, has no record of another lost iPhone.

There’s a possibility that CNet’s source was confused about who was investigating, and that Apple really lost the iPhone 5 in a bar, but at this point it looks like Adam Mills may have been right when he suggested this was a well calculated leak to draw attention away from the slew of Android devices being announced this week at IFA 2011.

What do you think about this whole mess? Is it possible to lose two iPhones in a bar in San Francisco? It’s not even in the top ten cities for lost smartphones.