A social network based on sharing smells, as well as captured sounds and sights, could be the next evolution that challenge Instagram’s popular image sharing network today. Harvard University students are working on a new smartphone accessory with Paris-based Le Laboratoire to send and share smells on mobile phones around the world with the ease and simplicity of SMS and voicemail today.

“These messages, like the text and sound messages we share every day, can be transmitted in crisp olfactory letters — A B C D — precisely in space and in time,” Le Laboratoire said in a statement. 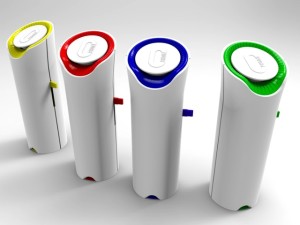 Such a device could open up the possibility to add more context to shared photos and videos today. Imagine posting to Instagram and being able to share not only photos, audio and videos of the beach, but also how the ocean would smell like.

David Edwards of Le Laboratoire says that this would “not just to reproduce an existing way of communicating, but to create a new language.”

According to IT Pro Portal, the accessory would be called the Ophone, which could be affixed with a cartridge capable of reproducing a number of smells and odors. A compatible smartphone app would be used to program the Ophone accessory to disperse the right combination of scents to create the right smells.

“We wanted to find a way of diffusing smells accurately and coupling those smells with images,” Edwards said. “It was these two ideas that formed the basis for the Ophone.”

Up to a combination of ten thousand smells could be reproduced with the Ophone.