The iPhone 5s comes with a neat new camera feature that allows users to record video at 120 frames per second, which means that it plays back four times slower than normal speed. This is a great feature for catching fast-action situations like in sports or a car passing by, but the slo-mo feature doesn’t exactly play well with third-party services.

The slo-mo camera feature on the iPhone 5s is slightly proprietary, so if you were to record a slo-mo video and then immediately share it on Facebook, Twitter, Instagram or other social network, it wouldn’t play in slo-mo, but rather just normal speed. However, there’s a nifty app that you can get to bypass this frustrating hurdle, and it’s called TruSloMo. 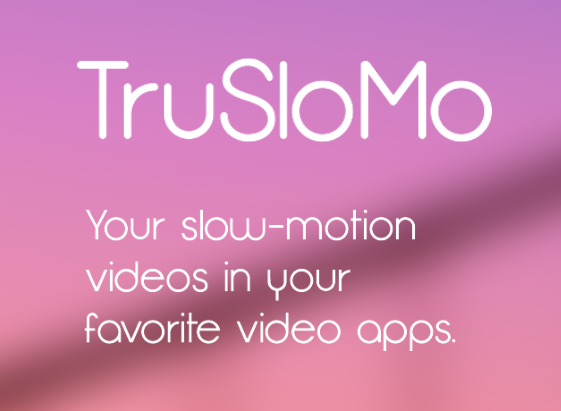 TruSloMo is a free download in the iTunes App Store, although you can upgrade to the Pro version for just $0.99. We’ll talk about Pro features further down, but in the mean time, TruSloMo is an app where you edit a slo-mo video just like you do in the Photos app, except this time the app saves the slo-mo capabilities right into the video, so they’re hardwired in. With a default slo-mo video, Apple made it so that the slow motion is simply added onto the video, but it isn’t embedded permanently.

First of all, download and install the app from the iTunes App Store. Then, open it up to get started: 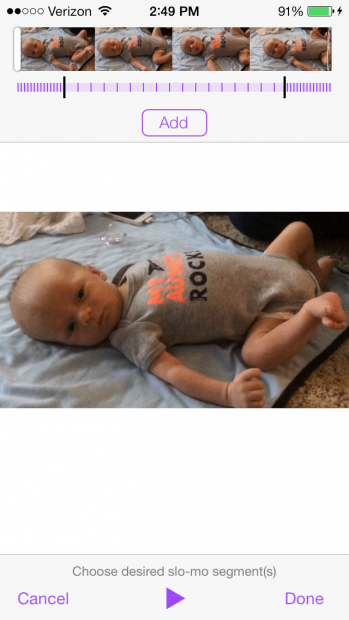 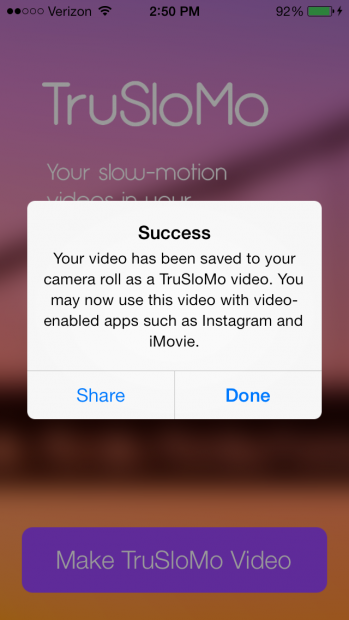 When sharing the video, be sure to select the one that TruSloMo made, as there will now be two different versions of the same video that will appear to be the same. In the end, the app will allow you to share slo-mo videos on social networks that don’t support iPhone 5s slo-mo videos by default.

If you’re curious what video I was editing in the app, you can watch it below: