Though chipsets based on ARM architecture are popping up in a variety of devices, one chipmaker is not seeing as much success. Shareholders of Texas Instruments want the company to exit its ARM manufacturing business; TI makes ARM chipsets under its OMAP line of application processors that couple CPU and GPU cores along with wireless connectivity technologies like WiFi and Bluetooth together.

TI’s chips have been implemented in various devices from cars to smartphones and tablets. 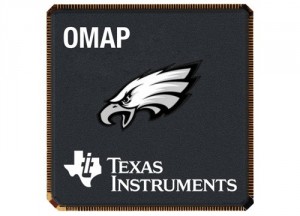 Investors are urging the company to exit the wireless business and instead focus on the analog business and embedded chip market.

Bernstein Research analyst Stacy Rasgon says that potential buyers for TI’s business include LG Electronics or Huawei. Huawei is already developing its own ARM chips and has released its K2V3 quad-core processor; LG doesn’t have its own proprietary chipset and could look into entering the market to differentiate itself against rivals Apple and Samsung.

TI is facing increasing competition from NVIDIA, Broadcom, and Intel. The company lost its leadership position in 2007 to Qualcomm and manufacturers are increasingly looking to Qualcomm’s chips as those combine an applications processor together with a baseband chip. Additionally, TI’s big clients, Nokia and Research in Motion, have been losing market share in a competitive environment. And even Android client Motorola is beginning to branch out to Qualcomm’s Snapdragon SoC on its latest smartphones.

Reuters is reporting that TI is broadening its market for its OMAP chips and is also targeting new markets, like the industrial and automotive market, though concerned shareholders are afraid that would result in additional investments into the OMAP business.