If you’re looking to pick up a Verizon iPhone today you’ll probably be able to waltz into your nearest Apple store and just buy one without standing in lines for hours like many AT&T customers did last June. Verizon reportedly sold more than 500,000 iPhone 4 units on February 3, the first day it allowed existing customers to order them. It’s certainly possible that Apple and Verizon will sell far more than that today, but you wouldn’t know it based on the short, or non-existant, lines at their retail locations. 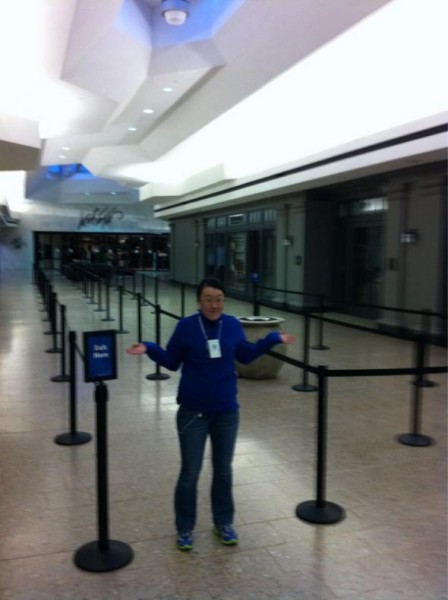 Business Insider is rounding up Verizon/iPhone shoppers’ photos from across the country and those millions of AT&T switchers are apparently missing in action. Based on the photo above, I’m willing to bet that Apple was expecting or at least hoping for big crowds.

There are a lot of reasons not to be an iPhone 4 with a two-year Verizon contract any time soon. The next generation iPhone  will likely launch this summer and LTE is nowhere to be seen yet. Of course you can simultaneously use voice and data on the Verizon iPhone 4, which is a major issue for some users. Verizon is working on solving this problem with VoLTE.