High-end PC veteran and current Microsoft GM of  System Experience, Entertainment Rahul Sood suggests every executive in the PC industry should use a MacBook in a Facebook post yesterday. That’s not a bad idea in my book and could perhaps teach some valuable lessons.

For those of you who aren’t familiar with Rahul Sood’s resume, he  founded Voodoo PC, which built high-end gaming PCs. He sold the company to HP, where he served as a CTO until recently. He’s now working at Microsoft where he focuses on the experience of XBOX products.

With a resume like that, you wouldn’t expect him to advocate for Macs and he’s not. Instead it seems that he wants PC makers to put more effort into design and processes. The below update, which appears in a long chain of comments on Rahul’s original post.

Rahul is an auto aficionado and brings up an interesting comparison. When my father recently recounted how when he was young Cadillac ruled the roads. Cadillac was the car everyone wanted to buy, or at least aspired to buy. In more recent years, Cadillac earned a reputation as Grandpa’s luxury car, with most American luxury car buyers opting for European and Asian brands. But Cadillac appears to be turning things around with more attractive designs and high-performance sedans.

Cadillac buyers pay a steep premium for the Cadillac experience. Over time, features from the luxury line will trickle down to GM’s other brands, which it sells in much higher volumes.

I agree with Rahul that every PC industry exec should try a MacBook, but I think they should go a bit further. Every PC industry exec should be forced to go out and buy a Mac, use it until it breaks and see what happens when they try to get it serviced or repaired. Again, Apple is far from perfect, but when’s the last time you had a PC laptop diagnosed and repaired on the spot or swapped out for newer model at a mall store? Apple Store Geniuses have done both for me at no charge. 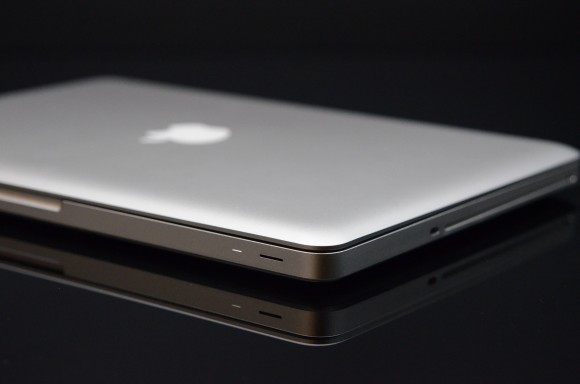 Macs are far from perfect and there are definitely some compromises that many users are unwilling or unable to make to switch. Two of the biggest compromises are lack of choice and the steep premium Apple charges for its Mac hardware. Macs also aren’t the right tool for every job.  But the MacBook’s user experience, build quality and owner experience are unmatched by any PC company as of now.

Recent attempts by PC manufacturers have received lukewarm welcomes. Dell’s Adamo line has been canceled and HP’s Envy line has seen models cut and retail presence slashed. The experience of buying one of these very nice PCs at a Best Buy from a Blue Shirt that had never used one was pathetic in comparison to buying a Mac at retail. Ordering a $2,000 PC sight unseen isn’t all that appetizing to most consumers either.

Too much of the PC industry’s focus is on  besting the competitions’ specifications and prices. I think experiencing a Mac first hand would open a lot of eyeballs.

I use both Macs and PCs on a regular basis and believe that choosing a computer is a very personal decision and perhaps less logical than the PC industry assumes. The little rough edges around most consumer PC notebooks rub a lot of users the wrong way. Perhaps it would take using a Mac to force industry leaders to smooth things out.

I find that too many Mac and PC critics are completely ignorant of whichever platform they seem to despise since they’ve never actually used it for any meaningful amount of time. What do you think? Should PC industry leaders switch to a Mac on a temporary basis?