Apple’s iPad 4 is likely an attractive device for those that are in the market for a new full-size tablet. Same goes for the iPad 2 and its discounted price tag. However, we believed that right now is the worst time to buy an iPad 4 or an iPad 2 and those that are looking for a larger version of the iPad should hold off, at least for right now.

Last year, the iPad 3 arrived to great fanfare as consumers gobbled it up ahead of its March release date. The device brought a number of big time features to the table including a 9.7-inch Retina Display, improved camera and processor, and more. The device became the big tablet to beat and it got even better once Apple released iOS 6, the company’s operating system that arrived with the iPhone 5 in September.

Read: Why You Shouldn’t Buy the iPad mini Right Now. 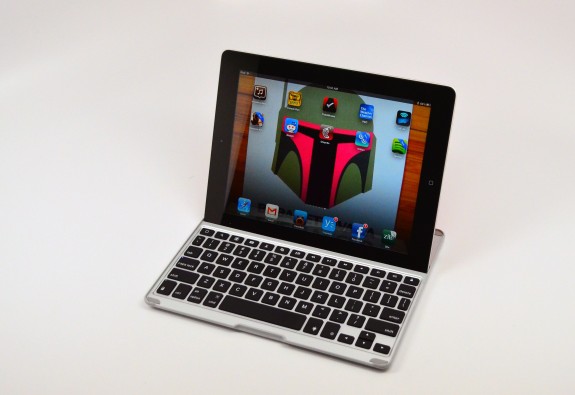 Those who are looking into a new iPad should wait a few weeks before buying.

On October 23, 2012, the iPad 3 was discontinued in favor of a new iPad, the iPad fourth-generation, also known as the iPad 4. The move was a big surprise given that the iPad 3 had only been on shelves for a little over 200 days and it was a move that frustrated owners that bought into the iPad 3 in the months before the iPad 4’s arrival.

The iPad 4 wasn’t a massive overhaul. Instead, it was an incremental update meant to bring the Lightning dock port standard to the iPad ahead of the holiday shopping season. It also brought some other perks as well including Sprint 4G LTE, a new processor, and a 128GB model for those that simply needed more space on board their tablet.

Rumors suggest that both the iPad mini and the iPad 4 are on their way out as flagships with rumors of an iPad mini 2 and iPad 5 swirling around. The two rumored devices are all but confirmed and thanks to rumors, it now looks like they will be making their debut soon.

Given the rumors and given Apple’s history with older devices, now is the worst time to buy an iPad and we highly recommend holding off on buying the iPad 4, iPad 3 or iPad 2 right now. Here’s why.

Why You Shouldn’t Buy the iPad Right Now

Rumor has it, the iPad 5 launch is only a few weeks away. All along, whispers have pointed to October and just yesterday, we finally got a rumored date of October 15th. Whether that date holds up or not is not important. Apple is very likely going to release the iPad 5 in October and here’s why:

So while it’s not confirmed, October is extremely likely. And that means that iPad buyers likely only have a few weeks to go before Apple announces a brand new iPad. The company typically releases its devices about a week or so after announcing them which means that it could be out at some point in October, instead of November like the iPad 4.

Buyers would be wise to wait a few more weeks for the iPad 5’s arrival because there not only be another option to consider, but we should see the pricing on the other iPad models drop.

Apple typically drops the price of its older devices down once they are replaced by something new. In the case of the iPad 2, it was dropped down to $399, or, $100 off the starting price of the iPad 4.

We expect Apple to drop the price of the iPad 4, possibly down to $399, while potentially pushing out the iPad 2 completely. The iPad 2 doesn’t have a Retina Display and it doesn’t have a Lightning port, two things that make it a likely candidate for discontinuation. 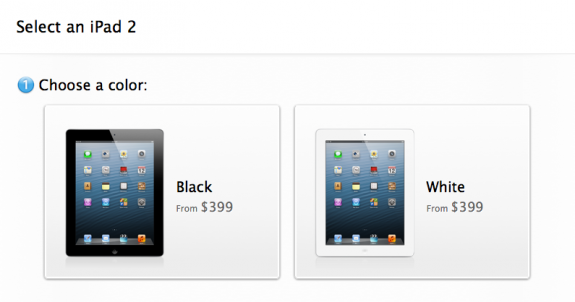 We should see iPad price drops once the iPad 5 arrives.

That doesn’t mean that it will disappear completely. It will likely remain on Apple’s website in refurbished form, like the iPad 3, and it could be even cheaper than it is right now.

So, by waiting for the iPad 5, buyers not only open themselves up to another iPad option but also should see the current iPad models drop in price when the iPad 5 does arrive.

iPad 5 Design Will Be More Portable

If that’s not enough, consider the iPad 5’s most intriguing rumor. It’s not likely to have a new display, but it is likely going to come with a redesign. Thanks to credible leaks, the iPad 5 appears to have an anodized aluminum design like the iPad mini. It’s also looking like it’s going to have thinner bezels on the front, again, like the iPad mini.

There are also rumors that it will be thinner and lighter than the iPad 4, something that makes sense, and something that will increase its portability. 9.7-inch tablets aren’t exactly easy to lug around but design tweaks would at least make it a little more bearable.

There are some other reasons why it might be best to wait for the new iPad model. First, it’s possible that we could see it emerge with a fingerprint reader. That’s not set in stone and not something that is heavily rumored but given how committed Apple is to stopping theft, it could be that we see one emerge on Apple’s new iPad. 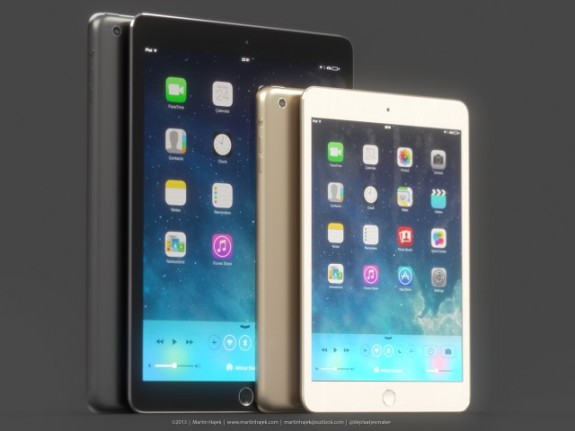 Second, it’s possible that we could see a boost to the device’s rear camera. iPads remain poor mobile cameras but for those that have nothing else, we could see the iPad 5 arrive with an improved sensor.

And finally, there is a chance that we could see Apple install a 64-bit processor, something that would enhance performance in apps that support it, something that could go a long way with gaming, an activity that many 9.7-inch iPad owners enjoy.