Sierra Wireless Overdrive: One Picture Says it All

As I mentioned earlier, I was really looking forward to using my Sierra Wireless Overdrive to cover CES 2011. Unfortunately, the experience was almost a complete bust. My 4G connection was up and down like a YoYo. By the second day of the show I was tired of how unpredictable it was and started signing on to others’ wireless hotspots.

At CES 2010 a number of bloggers were reviewing the Overdrive and were more than pleased with speedy WiMax. I was hoping to experience some of that first hand this year, but I didn’t. 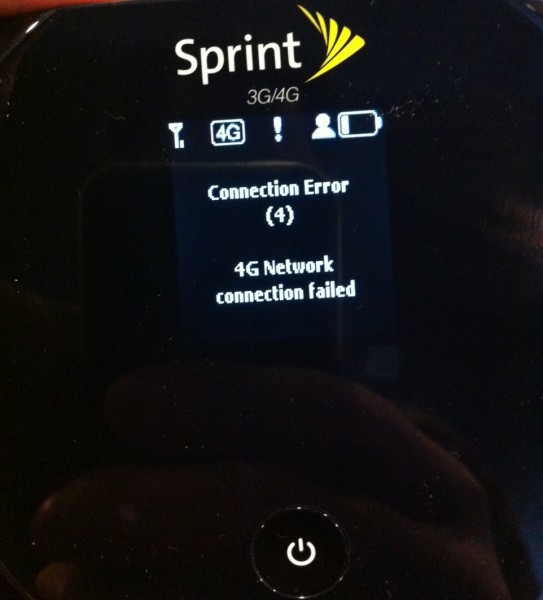 I didn’t have time to figure out what was wrong with my Overdrive and/or Sprint’s service, but this picture I took while at Las Vegas International airport on my way out of town perfectly sums up my frustrations.

From left to right:

With the introduction of the Novatel MiFi 3G/4G, I can’t imagine the Overdrive is long for this world. It’s bulky and according to one engineer I spoke with at CES 2011, pretty much slapped together so Sprint could have something to sell as WiMax was lit up from market to market.

I’m planning to return it to the Sprint store where I bought it and switching over to my 3G MiFi (2200 series) until the 3G/4G MiFi or LTE MiFi become available.