Today EA announced that SimCity, the popular, if flawed, PC strategy game is finally coming to the Mac on June 11.

Like the PC version of SimCity, EA will distribute the Mac game via Origin, recently ported over to the Mac. The good news for users who have both a PC and a Mac (or who use Boot Camp for games), is if they have the PC version they’ll get the Mac version for free.

As long as gamers buy any version of the new SimCity, they’ll have access to the other version. So on June 11 those who have the PC version of SimCity can download the game on their Mac, and pick up exactly where they left off on their PC. 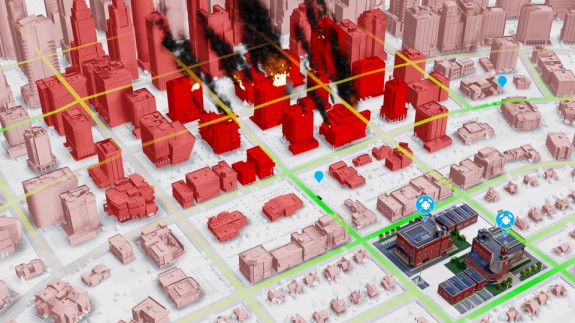 The always-online nature of SimCity caused numerous problems with the game shortly after its release, but EA will likely solve those issues by the time Mac gamers get the game. PC gamers were initially unable to log into SimCity at all, or the game booted them off after finally getting into their city. With added servers EA managed to get the game under control… weeks later.

Because the game is always-online, gamers can’t undo any of their actions in the game: every decision is final. The game saves each city to its servers, which means that gamers can play with their own city no matter which machine they use (Steam also does this by syncing save files in the cloud).

The new SimCity is also the first multiplayer edition of the game. Players can build their relatively small cities (when compared to other games) in the same regions as their friends. Players can buy and sell resources to their neighbors, and the Sims living in each city can commute between the two for work or pleasure.

Any Mac running OS X 10.7.5 or above with a Core 2 Processor, or above, can play the new SimCity. That includes almost every Mac released in the past four or five years. There’s no word on if it will support full Retina Display graphics on the MacBook Pro with Retina Display.