In an effort to providing its military personnel with iPhones and balancing the role of smartphones with national security, it appears that Singapore carriers are now offering Apple’s iPhone without cameras. The models being offered are not official models released by Apple, but rather are modified versions made by the carriers.

Carriers in Singapore, like M1, are removing the camera modules on the iPhone to make them military-compliant. Military personnel and others purchasing these modified iPhones will not be eligible for Apple’s warranty due to the hardware modification. 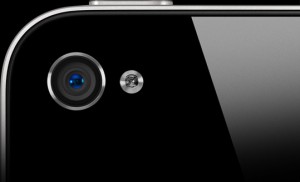 Following a year-long review, Mindef [the Singapore Defense Ministry] recently issued guidelines to its servicemen on the use of such smartphones.

It is understood that servicemen with these phones must show a certificate to prove that their handsets were modified by any one of the local telcos.

Last September, Mindef spokesman Desmond Tan told The Straits Times that Mindef and the SAF were ‘exploring ways to allow our personnel to use smartphones while maintaining our current security policy on disallowing personal image-capturing devices to be used on Mindef/SAF premises’.

The move by Singapore carriers is an interesting one in making the iPhone available to those who work in military, corporate, and enterprise sectors where security is important. It’s unclear if other carriers and countries will follow the practice.

Via: Phone Arena via MacRumors