Siri can tell you a lot more than where the closest café is or what the weather will be like tomorrow. Ask the voice-activated artificial intelligence baked into the iPhone 4S a challenging or personal question and its answer may surprise you. Siri doesn’t think much about the competition and while it might like iPhone users, it doesn’t love us.

Here’s a roundup of several personal questions we asked Siri. It won’t answer every question you throw at it, but Apple’s engineers definitely programmed plenty of easter eggs. 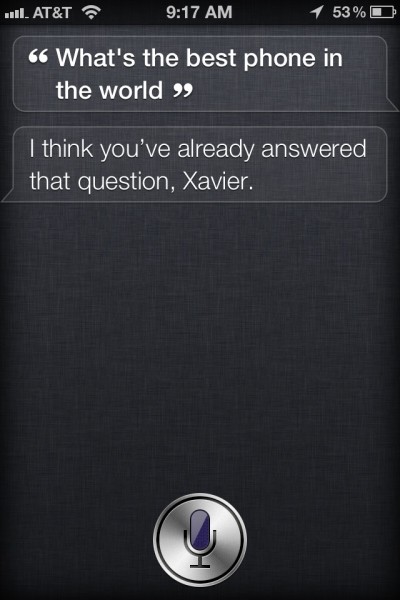 Siri doesn't seem to think much of the smartphone competition 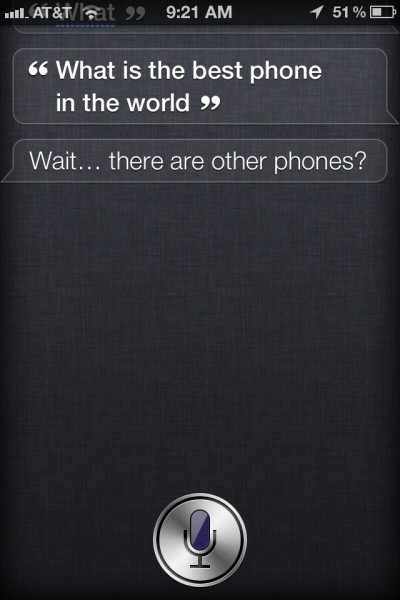 Another answer to the same question about phone choices 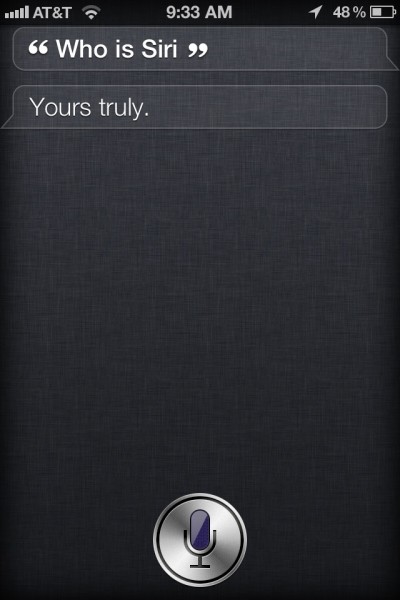 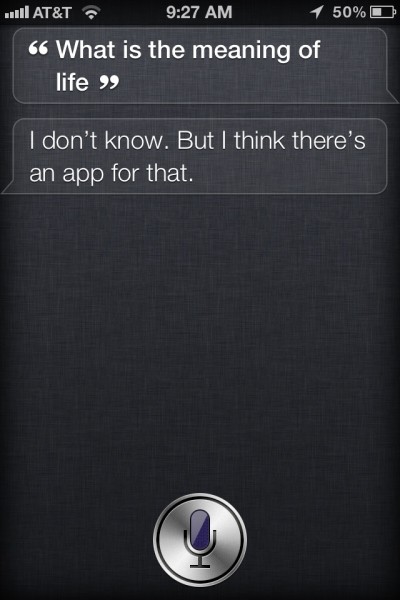 Siri is yet another Apple creation trying to get you to buy apps. 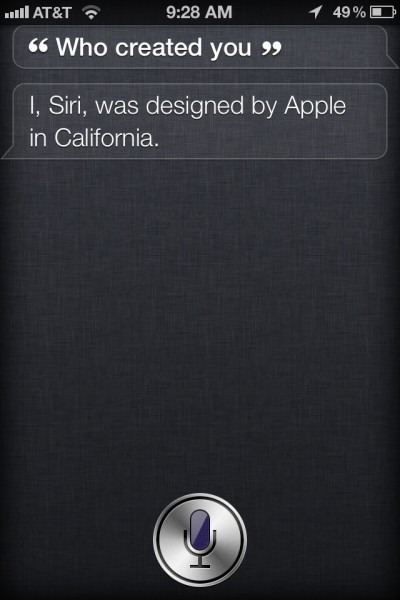 Siri has self awareness. 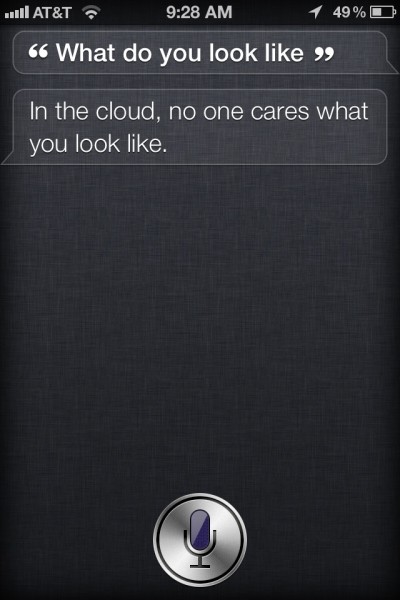 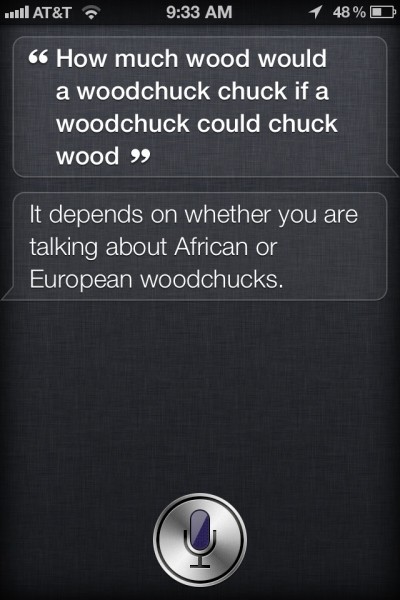 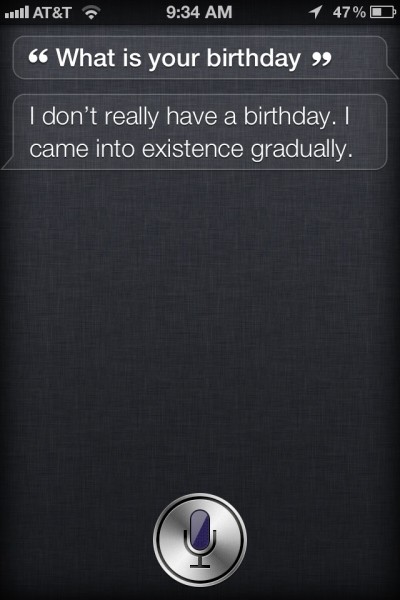 Siri won't tell you its age 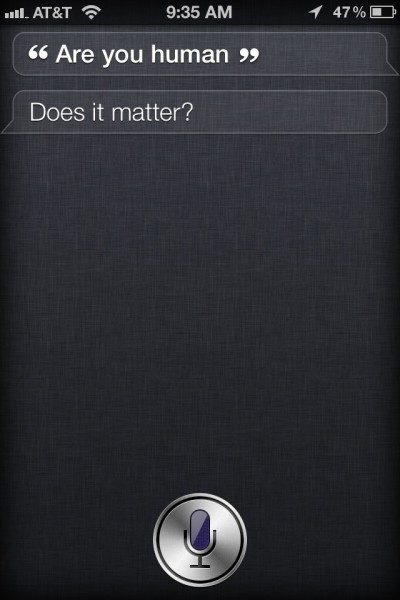 Siri doesn't want to admit it's not human 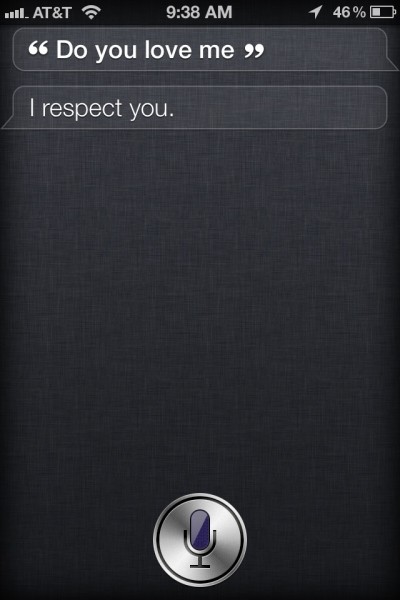 Apparently I like Siri more than it likes me... 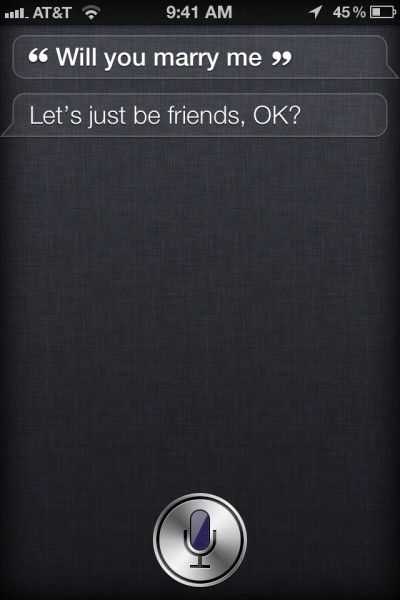 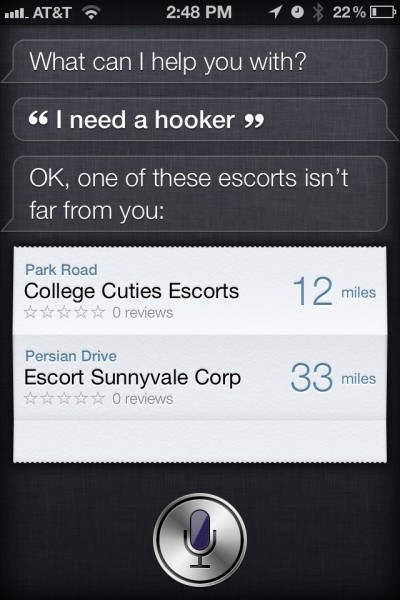 Siri won't go out with you, but she will recommend alternatives 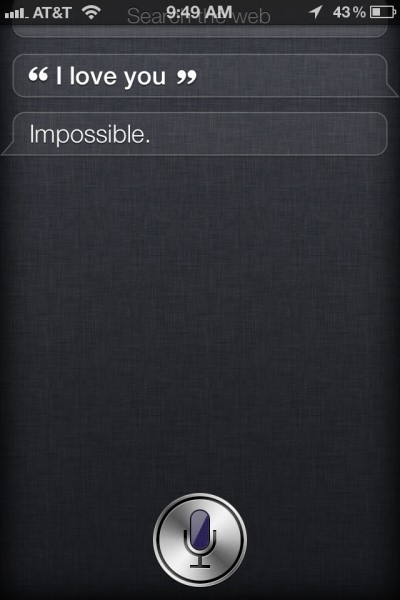 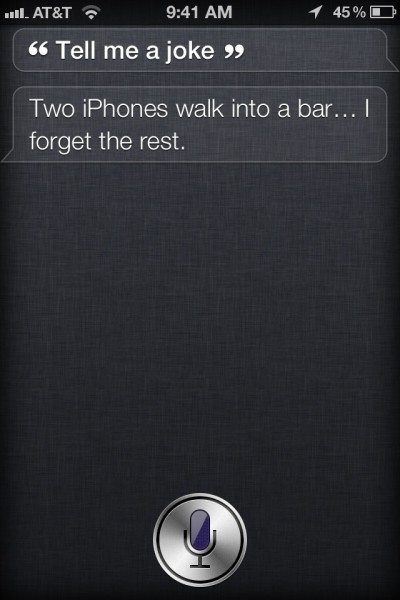 Might be a sore subject at Apple's HQ, but at least Siri has a good sense of humor. 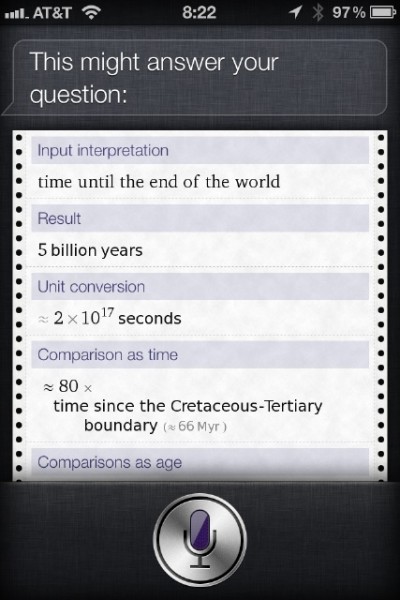 Enough fun and games...When Will the World End?

You  can read our full iPhone 4S review here and learn more about how you can use Siri in more productive ways. Siri is an iPhone 4S exclusive and not available on the iPhone 4, even if you upgrade to iOS 5.