Well, remember all the feminine hygiene jokes over Apple choosing the name iPad for its Tablet? Well, I guess where in for a new round of “butt” jokes thanks to Apple keeping the name of the company, Siri, that it acquired for its voice command personal assistant. 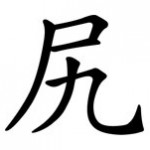 Apparently Siri sounds remarkably close the Japanese word, shiri, which translated means “buttocks.” Well the jokes are flying around as you can imagine. I’m guessing Siri never caught on in Japan as an App. The Japanese word shiri is represented by the kanji character 尻.

I’d tell you to go search on the kanji character 尻 on Google, but unless you like getting to the bottom of things you might not want to.