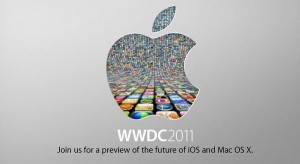 Now that WWDC has been officially announced–and sold out–by Apple, rumors are swirling that the next-generation iPhone 5 will break tradition and won’t be announced this Summer. Instead, the iPhone refresh will jump to Fall and will join the iPod Touch to herald in the next iteration of the iOS software that powers the iPhone, iPod Touch, and iPad. That said, we’ve been hearing conflicting information about LTE 4G support as well as talks about Apple integrating better voice technology into the next version of iOS.

4G LTE:
According to TechCrunch, the probability that Apple will include 4G LTE support in a Fall refresh of the iPhone is a lot higher than if the company will introduce the next iPhone in the Summer. Here’s how the publication is stacking the odds of LTE inclusuion: “zero to ten percent for LTE if the iPhone 5 launched this summer (again, not happening), 50 percent if it comes in the fall, and 100 percent if it comes in January.”

In the past, Apple has stated that it won’t be making compromises in supporting early editions of the LTE chipsets. Chief among those compromises, as we have found out with Verizon’s first LTE smartphone, the HTC Thunderbolt, is diminished battery life. In my moderate use of the Thunderbolt, I was barely able to squeeze just over three hours of battery life on the device. However, with a later than anticipated launch of the iPhone 5, and AT&T’s transition to LTE technology as the 4G protocol in the second half of 2011, Qualcomm may be able to deliver a more efficient LTE chipset that may satisfy Apple’s standards. That said, Apple has, in the past, waited for technologies to mature before adopting them–when 3G was nascent, Apple chose to launch its original iPhone on 2G EDGE technology. However, if the iPhone 5 will launch in the Fall, history may not be a reliable indicator.

Better Voice Control:
After Apple had acquired Siri, a voice-controlled personal assistant app, a year ago, the iPhone-maker has really integrated the Siri team into iOS development. According to TechCrunch, iOS 5 may be the first edition of iOS where we’ll see the results of the combined iOS-Siri efforts, which may lend to better voice interactions with the iPhone beyond the limited voice controls found on Apple’s Voice Control application.

The use of Siri’s artificial intelligence and assistance technology is said to be deeply integrated into the OS for all the different services offered. And the team is now putting the finishing touches on the elements that will be demoed at WWDC, we hear. This tech may also be opened to developers for use in third-party apps — though that information isn’t quite as concrete.

Voice control and command on the iPhone may not be as ubiquitous as on Android (Voice Actions, voice search, voice type) or with Dragon Dictate, but it’s still interesting to see how developers can leverage voice once Apple gives them access to its Siri-acquired technologies.