Today, HTC announced a refreshed and revitalized HTC One with all the hardware upgrades users might expect. Hardware upgrades are always appreciated in the smartphone market, however for the company to gain any traction against the iPhone 5s and the Samsung Galaxy S5 upgraded hardware won’t cut it alone. As an HTC One owner I’d say the new Sixth Sense software experience is where users should look for signs of an HTC recovery.

The first smartphone I ever owned outside of Microsoft’s Windows Phone ecosystem was the HTC One. I’d originally gone into my local T-Mobile store to pick up a Samsung Galaxy S4 but balked at its off-contract price, meager amount of storage and ho-hum plastic casing. Just as I brushed off the Galaxy S4, the HTC One’s all-metal body and unusual front-facing speakers caught my eye. I held it, noticed that it had more storage than the device Samsung was asking me to pay $100 more for, and I pulled the trigger. For three months I used the HTC One exclusively, and I absolutely loved the hardware. 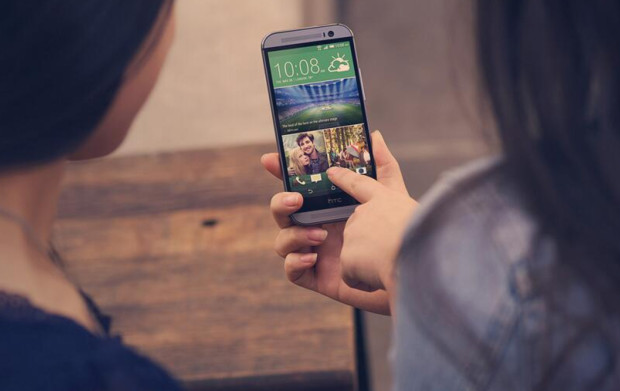 Where the HTC One fell apart was Sense 5. I understand that each Android smartphone maker tries to differentiate their devices from others by customizing the look and feel of Android for their particular smartphone. Coming from the world of Windows Phone where that isn’t allowed, I was a bit bothered by it. Sense 5 in combination with the HTC One’s missing Menu button were enough to drive me insane. Though users could hide Blinkfeed, they could never totally rid themselves over it without installing a new launcher. And even then, the news reader and social media aggregator was still there, lurking, not letting me add my own news feeds to it at all.

Even worse were the apps tailor-made for the HTC One’s exclusive experiences. The television app was the most confusing of all. There was no clear work flow and the setup process was simply confusing because it could be. It also felt as if the device did a lot of cool things that weren’t always obvious at any given time. For example, HTC Zoes highlights are truly one of the most innovative features of the HTC One and they’re not much of a visual focus inside the camera app.

Thankfully, new HTC One M8 buyers will find that HTC has addressed most of these issues. Where Sense 5 was stark and bland, Sixth Sense is light and customizable. There’s a refreshed Blinkfeed that gives users better control over the topics Blinkfeed surfaces. There’s also a back-end system for app makers to take advantage of. Sixth Sense includes a refreshed version of the the TV app, called Sense TV. In theory, that app should be far better than the app that shipped on the HTC One last year.  Finally, HTC has moved large portions of its software into the Google Play Store so that they can circumvent the slow carrier update process and make changes to Sixth Sense as they’re ready.

Really, the HTC One before today’s update was already a great phone, with great build quality, an awesome camera and exclusive features you couldn’t get anywhere else. The problem for HTC is that all of that was coated in a thick software layer of ugly and confusion. These aren’t problems that the Samsung Galaxy S5 and the iPhone 5s share. For the new HTC One to catch on, and I mean really catch on, Sixth Sense needed to meld the new HTC One’s features into one cohesive package that’s powerful enough for enthusiasts to love and easy enough for everyone to customize and understand. Sixth Sense appears to do both.

The new HTC One is available today at Verizon for $199 with a two-year contract. It’ll launch on more carriers in the coming weeks.