While there’s little in the way of new features for users updating, today’s update of Skype lists it’s version number at 2.5, instead of the preview status it had just a few hours ago.

In addition to a change in development status, Skype’s release notes also point out that this version of Skype fixed crashing on startup for some users who were using Microsoft Accounts, spacing for messaging notifications, a bug that disabled video calling after users accepted incoming contact requests, video message previews that were improperly upscaled, and the automatic zoom on high-definition videos when the app was being used in portrait mode. 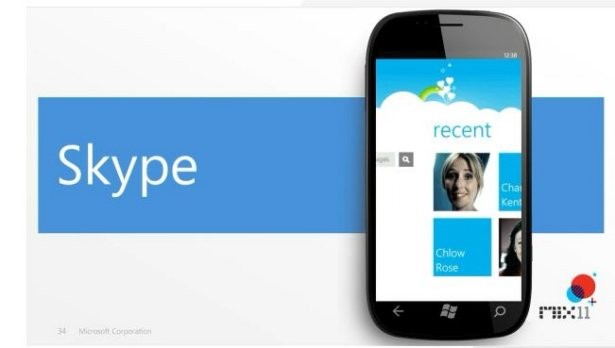 The first version of Skype for Windows Phone.

Typically, Microsoft and other technology companies like Google and Apple will leave services and applications in a sort of “beta” stage while it continues to work behind the scenes after the app’s release to monitor crash reports, add additional features, and monitor usage.

Read: Microsoft Confirms Skype Is In, Live Messenger Out

In that respect, Skype for Windows Phone 8 was no different. Since its launch last year, users had complained of restarting, and crashing. Microsoft has been offering a steady stream of updates designed to improve the user experience, a practice that was made paramount since Skype is fully replacing Microsoft’s Windows LIVE messenger in most markets.

As Windows LIVE Messenger is built into the Windows Phone operating system, and Microsoft was encouraging users to switch to Skype on its other platforms, it was imperative that Skype on Windows Phone mature quickly.

Though Skype doesn’t come preinstalled on any Windows Phone devices as a built-in the application, Windows Phone allows any VOIP application to seamless integrate with the operating system once installed by a user.

A stable client also helps Microsoft in its effort to establish Skype as a premiere unified communications suite on other platforms as well. In addition to offering voice, video, and messaging services to Windows Phone users, the application is also available through Facebook, Windows, iOS, Android, Symbian, and Blackberry 10.

There are rumors that Google will also be making moves into the space with a Google Babble app that will combine many of the different parts of its communications toolset including Google+ Hangouts, and GChat. According to execs at WhatsApp, it will have to do so without the help of their client and infrastructure. The company had been rumored to be in buyout talks with Google last week, setting up for a possible inclusion in Google Babble.