Microsoft might have already shared a little about the Skype voice chat that is integrated into the Xbox One, but until now that company hadn’t actually shared any real audio to back up its claim that the Xbox One’s communication systems system bests that of the Xbox 360 and possibly the PlayStation 4.

According to a post on the Xbox Wire PR blog, Microsoft’s decision to base its communication software on the assets and software of Skype has allowed the Xbox One to completely surpass the voice and video capabilities of the Xbox 360. By using Skype’s well-tested codec and dedicated audio processing, Microsoft says the console is able to deliver in-game party chats and voice messaging that are clear and crisp.

While these two innovations alone would allow for better chatting, those using the new Xbox One Chat Headset may notice an even bigger improvement when voice chatting. That’s because Microsoft has boosted the transfer speed of the Xbox One wireless controller. It’s these controllers that actually transmit audio to the Xbox One when gamers have a headset plugged in. 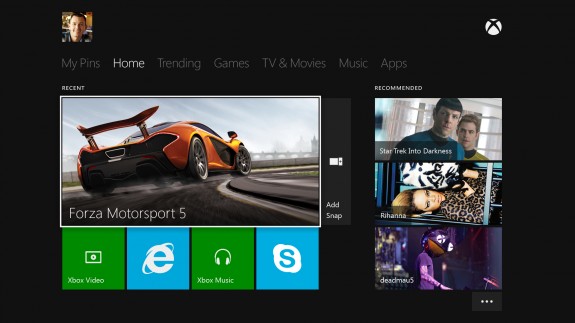 The Xbox One will still hit 13 regions in November.

While today’s blog post doesn’t call it out, the Xbox One’s Skype integration might actually be one of the key differentiating features for the console. Since every Xbox with an Xbox LIVE subscription can place audio and video calls using the console’s Kinect sensor and included headset, every Xbox One allows users to connect with friends and family.

That’s a feature enhanced by the sheer volume of Skype users and the breadth of Skype applications that are available on nearly every mobile platform and PC operating system. While the PlayStation 3, and the PlayStation 4, do allow users to voice chat with other PlayStation Network users, Sony’s announcements so far have indicated that these users won’t be able to communicate with friends and family outside of the PlayStation ecosystem. As the competition for the living room heats up, it’s likely that it will be features like this – things that are useful for the whole family – that will decide the winner.

The Xbox One is now available for pre-order for $499. Microsoft has yet to announce the exact date that users will be able to pick up the device on store shelves, however the console is likely to go on sale sometime this November.