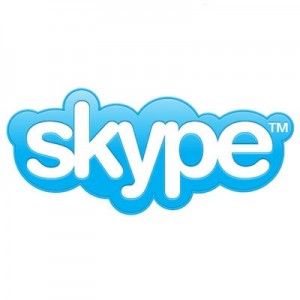 It’s no secret that Microsoft’s recent acquisition of Skype, still pending European regulatory approval but passed U.S. approval, will result in more Microsoft products with Skype integration, and in particular Windows Phone. New Windows Phone 7 Mango devices that will be released this Fall are expected with front-facing camera, and Skype may fill the role of being the video chat provider once it begins to work with Microsoft in delivering a deeply integrated experience on the mobile Windows Phone operating system, according to Skype Vice President Neil Stevens.

Though Skype already has a number of video chat apps for various other mobile platforms, including HP’s webOS, Google’s Android OS, and Apple’s iOS platforms, Stevens says that Skype for Windows Phone 7 will be an entirely different experience than that on rival mobile operating systems. Once the acquisition gains the necessary approval in Europe, Skype and Microsoft can begin collaborating, and when Skype becomes an embedded division within Microsoft’s empire, it will be granted deep OS-level access to Windows Phone. This way, Skype won’t feel like a separate app, but will feel like part of the phone experience.

Stevens highlights that the experience, and also the performance of Skype, will surpass that of current Skype experiences on iOS and Android. On the Apple platform, the company doesn’t allow third-party apps like Skype to have access to the video processor or address book. On Android, Google allows apps access to the address book, but not the video processor. Perhaps this is a big reason why Skype is only slowly rolling out video chat functionality slowly to few Android handsets at a time because of the disparate nature of various video processors and graphics engine in different Android phones.

Because of Microsoft’s unified ‘chassis’ build–which the Redmond, Washington software company says is their suggested minimum hardware requirements–Windows Phone will have a more unified hardware across various different phones spanning all phone manufacturers. That means that just one or two builds of Skype will work on all devices as all devices are required to use a Qualcomm Snapdragon chipset, unlike Android’s plethora of hardware builds.

Hopefully, with an integrated Skype experience, Windows Phone users can begin making video calls as easily as they can make voice calls and chat on Skype will be as natural as sending an SMS. With Microsoft pushing for both the consumer and enterprise customers, this will be a big selling point for the nascent OS.