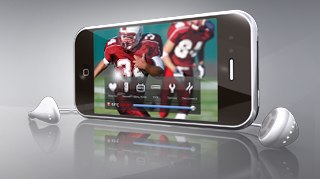 We knew it was coming and now it is here. Sing Media has released an update to its iPhone app (iTunes link) that now allows streaming video over AT&T’s 3G network via a SlingBox. If you recall, the $29.99 app only worked over WiFi previously and was the subject of quite a spat regarding AT&T and Apple’s refusal to offer a 3G version in the US.

The update is free to all of own the original version. Now the iPhone can be like all other smart phones on the AT&T network.