The TrackingPoint 500 Series AR Smart Rifle is so easy to use that complete novices can hit targets that are five football fields away. Rather than spending years honing your shooting skills, you can now plunk down $9,950, tweak a few settings and start taking out targets like a pro.

We don’t normally see firearms at the Consumer Electronics Show in Las Vegas, but this isn’t any ordinary rifle. The rifle’s networked tracking scope allows shooters to tag targets, track them and help guide shots on target. The scope calculates 18 parameters including range, drop, wind and magnus effect. If that amount of automation isn’t enough to help you hit your targets, the rifle can stream the scope’s view to a smartphone and tablet so a coach or spotter can further assist. 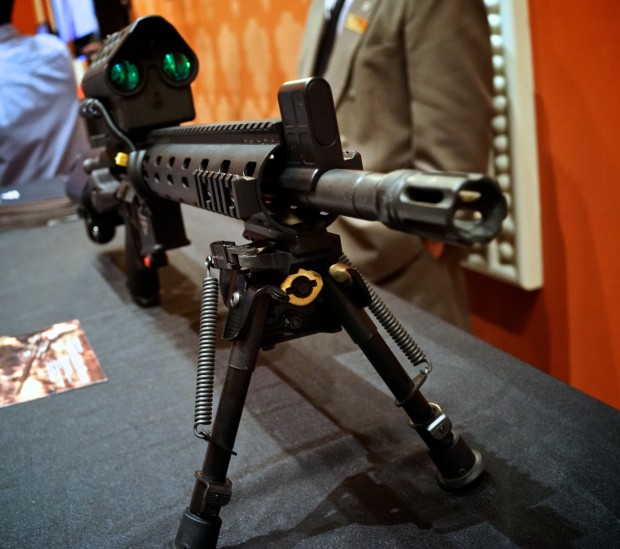 If the tech sounds familiar, that’s because its bolt-action rifle made headlines a few months ago. However that gun’s $27,500 price tag put it out of reach for all but the most dedicated gun buyers. While the new TP AR isn’t exactly cheap, more pedestrian AR rifles can cost several thousand dollars. The TP AR is well within reach for those gun enthusiasts that spend hundreds of dollars for a day at the range and large chunks of their disposable income building gun collections.

We caught up with TrackingPoint at the Showstoppers event at CES 2014 in Las Vegas to learn more about the rifle. It is available in 5.56, 300 BLK and 7.72 varieties depending on your needs. Though the demo unit comes with a bi-pod, the manufacturer claims the rifle is still accurate from standing or sitting positions.

Above is a promo video for the TP AR Smart Rifle. While the video shows someone apparently training for war, a company rep said that there’s a high demand amongst gun enthusiasts. He told us that there is high demand in areas that some might find surprising, including the tech-centric San Francisco Bay Area.

According to TrackPoint, demand for its rifles is so high that you can’t simply order one for immediate delivery. The company is requiring interested parties to apply for the first batch of TP AR Smart Rifles. They are expected to begin shipping in October. 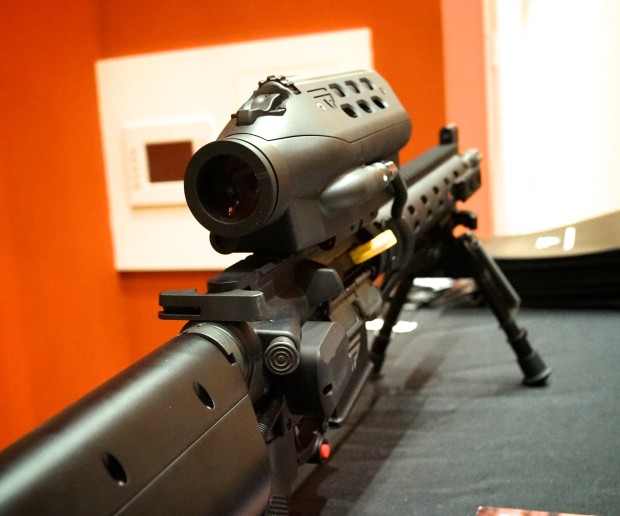