Vehicle manufacturers are constantly looking for ways to improve the safety of the automobiles they produce. The “Holy Grail” is having a way for vehicles to communicate with each other while on the street. In an effort to help with that communication, the Ford Motor Company tested an intelligent brake light technology that allows for other cars to receive a wireless transmission when the driver applies the brakes.

When the driver applies the brakes, a wireless signal is sent to vehicles behind the braking car. A sensor inside the vehicles behind the braking car receives the signal and then illuminate a light on the vehicle’s dashboard. Because the signal is transmitted wirelessly, it is even effective around corners and over hills. Although seemingly simple in design, knowing that a vehicle is braking before it can be seen (in rain/fog/snow/etc…) would give the driver a much longer time to respond and potentially prevent an incident. 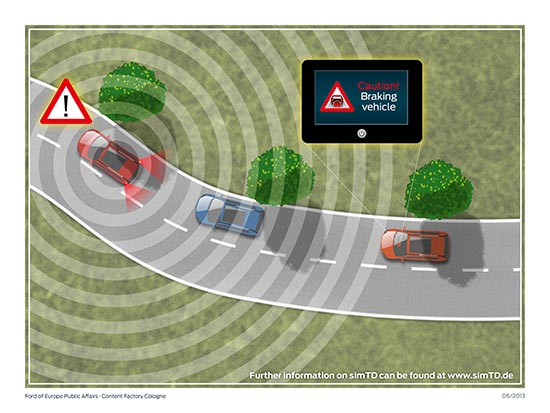 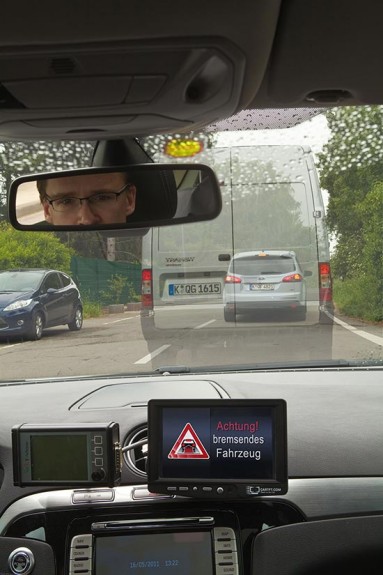 To be truly effective this wireless system must use an industry standard that is later adopted by other manufacturers. Ford performed this testing for Safe Intelligent Mobility — Testfield Germany, which consists of many of the world’s automakers. Presumably, if this technology were to go mainstream, it would be adopted quickly by the participating companies.

Presently, Ford has several technologically advanced vehicles on the roads. They feature systems like pre-collision avoidance, radar-assisted cruise control, automatic parking, lane-keep assistance and more. It seems that they are continuing to lead the way in affordable vehicle safety systems.