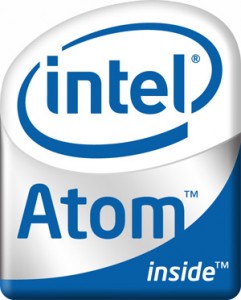 After announcing that Intel and its partners will be showing off tablets with Intel Atom-based processors at the Computex trade show at the end of this month, Intel has also announced that smartphones running the company’s chips may appear as soon as 2012. CEO Paul Otellini denies rumors that the company may once again turn to ARM to build mobile chipsets, and instead says that it will be using its own silicon.

After Intel had sold off its ARM manufacturing business some time ago at the end of the PDA era to Marvell, the company has had trouble entering the mobile space, which is now being dominated by Qualcomm, NVIDIA, Samsung, and Texas Instruments–all of which use ARM chipsets.

Given ARM’s dominance in the mobile sector with its power-conserving design while still delivering enough processing power, some have called on Intel to adopt ARM reference designs, a notion that Otellini rejects. Otellini cites profit motives and control over the chipset design as key points: “There’s no advantage going in there, we’d be beholden to someone else, beholden to ARM. We’d pay royalties to them so it would lower the overall profits.”

Design may also play an important role as the company, which is a dominant chip player in the PC space, tries to disrupt the mobile space. The company is working on a 3D chip manufacturing process to deliver increased performance in mobile:

Intel claims the “3D” new manufacturing process delivers as much as a 37 percent jump in performance while consuming less electricity — a key ARM selling point.

Intel will be releasing its 32 nm chipsets for smartphones using the Atom-based design in chipsets codenamed Medfield.

Intel may show off some new prototypes of smartphones with its own chipset at the MeeGo conference scheduled to kick off next week in San Francisco, California. Those phones would most likely run on the MeeGo platform.