In a flaw with how Apple’s mobile iOS platform handles SMS messages discovered last month, it appears that Apple has listened to the criticism of hackers and have patched the flaw with the release of iOS 6 on Wednesday. The new mobile OS will be preloaded onto the iPhone 5 when the new flagship smartphone ships on Friday to customers. 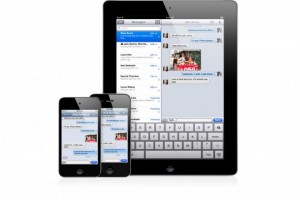 We had reported about flaw in August when hacker pod2g had discovered it:

Hacker pod2g demonstrated that as iOS only shows the reply-to SMS address or phone number, and not both the original address as well as the reply-to number, malicious hackers could potentially identify themselves as a contact in an iOS user’s phone book and send phony text messages. Users would then click on those messages and could potentially be taken to malicious links.

At the time, Apple’s response at that time was that customers should use iMessage, which would not cover messaging communications between iPhone owners and those of other platforms.

However, with the release of iOS 6, Apple Insider is reporting that iJailbreak is reporting that the flaw has been patched by Apple and customers no longer need to use iMessage to ensure that the messages they receive are from the correct, un-spoofed sender.