Snapchat Down as Company Races to Fix Issue

Is Snapchat Down? Yes Virginia, Snapchat is down as many users struggle to deal with limited access to the social sharing app.

Starting early this morning Snapchat problems appeared as users started to report they the app was loading slow, that they are unable to send snaps and other issues.

On the surface Snapchat may seem to be a humorous messaging service, but the outage leaves many users without the ability to message each other. The app and service allow users to communicate with photos and text. The hallmark feature is that the messages disappear, but the app is about much more than sending scintillating selfies to other users. 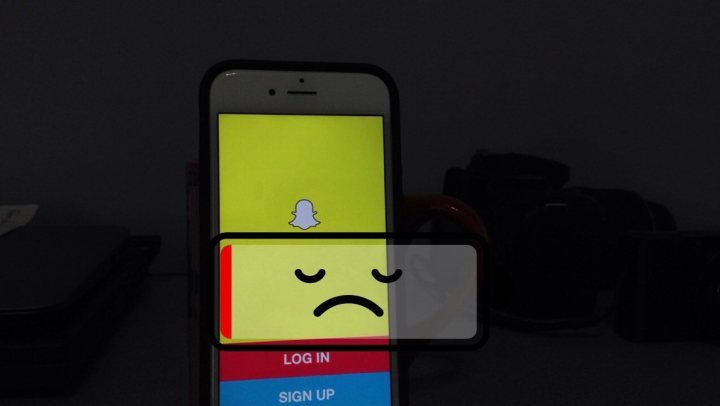 Users report that Snapchat is down as many cannot access the service to see or share Snaps.

As the Snapchat outage rolls into hour five, users share their frustration on Twitter. Snapchat announced early this morning there are some Snapchat problems, tweeting,

“Hi! Some Snapchatters are currently experiencing loading issues. Our team is aware of the problem and working on a fix now!”

The Snapchat problems are varied with some users not able to log in or view stories and other users not able to send Snaps. There is a spike in the number of reports of Snapchat down over the last several hours, with much of the outage focused on Europe and North East United States according to Down Detector.

Users can try to restart the app, but with an official confirmation of problems, the best course of action is to wait for Snapchat to confirm a fix and roll it out to servers.

Dear snapchat,
at any moment you'd like to start working again we would all appreciate it.

The day I actually wanna go through everyone's stories, snapchat decides to not be working ha

Why is snapchat playing with my life? I have streaks to continue. This ain't no game. @snapchatsupport @Snapchat get it together y'all

Word on the street is Snapchat is down. Someone get a life line on @thtmusi_k_id please. Is he okay?!!? somone plz let me know

We saw a new Snapchat update yesterday, but this outage appears to be related to servers or connectivity, as one of our test phones is working fine with the latest Snapchat app installed.

While you wait for the Snapchat outage to come to a close, you can check out the ridiculous Snapchat accessories that the company and others sell.