The popular and unique photo-sharing app Snapchat has launched its biggest update yet on iPhone and Android devices, with the ability to video chat and message other users, on top of the ability to send self-distructing selfies.

The new features will hopefully move Snapchat into the same arena as Apple’s FaceTime and iMessage services, and even Facebook’s recently-acquired WhatsApp messaging app. However, Snapchat’s addition of video chatting and messaging are still unique in their own way, and that’s what has made Snapchat so popular to begin with.

The company announced the new features yesterday, saying that it “felt that Snapchat was missing an important part of conversation: presence…There’s nothing like knowing you have the full attention of your friend while you’re chatting.” 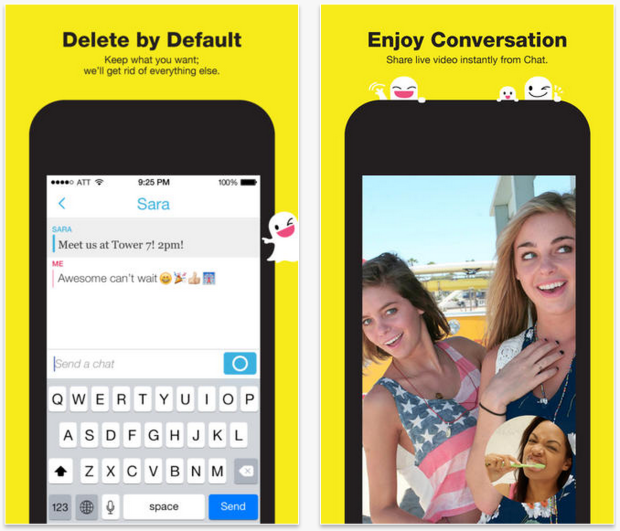 That’s perhaps a keen observation; while Snapchat has been one of the most unique apps we’ve seen in a while, it’s always lacked a diverse range of features and usability. Simplicity can be a good thing at times, but the company thought it was a good time to step things up just a bit.

While this latest update does change some of the user interface elements to make it look a bit better than before, Snapchat still  boasts the same overall look and feel that it’s always had, with the bright, flat color schemes throughout and the thin, elegant font to add a bit of modern style to the app.

What makes this feature unique, however, is that once you leave the chat window, messages viewed by both you and your friend will be cleared, but you can still save anything you’d like to keep, like addresses, to-do lists, etc. by just tapping on it.

Since you and a friend don’t need to be on Snapchat at the same time in order to send and receive messages (just like with any other messaging app), Snapchat will tell you when a friend is “Here in your Chat” so that when you’re both “Here,” you can simply press and hold the yellow button to share live video. 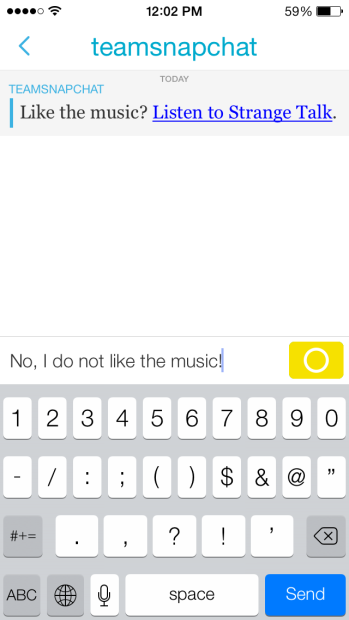 When you’re done video chatting, all you have to do is let go of the button and you’re back to just messaging the user.

One caveat with Snapchat’s messaging feature is that it only works with contacts you have exchanged photos with before, so if you want to start messaging with someone who’s not in your inbox per se, you’ll actually need to send them a regular Snapchat photo or video message first.

Aside from messaging and video chatting, Snapchat now includes a button that allows users to share photos from their camera roll and send to another Snapchat user. This is a terrific new feature, and it’s the first time that Snapchat has given users the ability to share photos that have not been taken with the Snapchat app, but it’s only an option within messaging someone.

What’s Next for Snapchat?

Snapchat’s new features take on the myriad of video chatting and messaging apps on the market, and this latest update clearly tells us that the company is set on taking on the competition, but still wanting to keep things quite unique with more spontaneous face-to-face conversations.

Snapchat is the butt of many sexting jokes, but technically any messaging app can be used for such naughty purposes. Snapchat is more than just a sexting app — a ton of people use it, and the app’s unique features make it something fun and different to use besides the traditional messaging app offerings that are available.

Snapchat is a free download and the update is available now in the iTunes App Store and Google Play.