So, Microsoft Throws Friends Under the Bus. Where's the Downside?

I see Sumocat has boarded the conventional wisdom transportation line that says Microsoft has tossed its friends and partners under the bus with its new plans for Surface Tablets and Windows Phone 8. I’m not criticizing Sumocat because he’s entirely accurate. That’s what happened. Quite a few folks are looking at tire tracks on their backs this week. I say it’s about damn time. In fact, I just hope it isn’t too late.

Sure you can argue that Microsoft should have given its Windows 8 partners more notice than it apparently did prior to the Surface announcement. But only if you don’t understand how monumental a gamble this shift in Microsoft’s business strategy is, and how those same partners might have potentially blown Microsoft’s cover leading into the announcement. 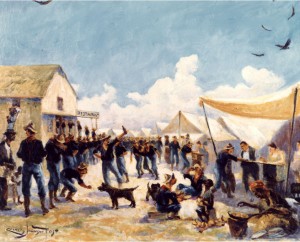 Again, I remind you that many of those partners were ready to bail on the slow-moving Microsoft for greener pastures back during the early days of Netbooks. That phenomenon ultimately came up a cropper regarding profits, but succeeded in changing the market by allowing customers to realize they didn’t need all the bells and whistles that came on more fancy machines.  You know, the machines that they can actually have a chance of selling with a decent profit margin. From a profit perspective it was a mutual suicide pact. Nonetheless, companies like Asus were looking to build a dream that didn’t necessarily involve Microsoft. Yes, they had the right to do that, and good reasons to do so. Microsoft hadn’t shifted gears yet (how long did Windows XP stick around?) and was stuck in the same old same old. But it was a same old same old that Microsoft and its partners had helped to create. Call it inertia, call it boring, call it stuck in the mud. But call it for what it was: a short-sighted unsuccessful time for all involved.

And I’m sure Nokia, and other handset makers. are sweating bullets after Microsoft basically junked any chance of ongoing sales this year for handsets running the current Windows Phone software by announcing those current models won’t get the new Windows Phone 8. Some might think that this will eventually kill a still struggling Nokia. Some may think it might just drive Nokia’s eventual selling price down enough that Microsoft might scoop it up in a fire sale. (Where are all those analysts that predicted Nokia would rise to the number 2 handset spot today? Just asking.) As for the consumers in that equation? Well, don’t bother whining about that. Microsoft and its current partners haven’t  sold enough Windows phones to make a dent in the marketplace or consumer mind share.

Turn the clock back. Microsoft is squarely at fault for not recognizing early enough the new challenges and new opportunities that begin a few years ago with Netbooks and the iPhone. To be blunt, both Microsoft and its partners spent quite a bit of time and money hanging on to an old business model hoping that others would fail. And then Microsoft’s partners started to see other opportunities created by Microsoft’s sloth. Can anyone say Android? And then, somewhere in the trenches in Redmond, someone got fed up, or really scared, and threw a switch about three years ago figuring things had to change radically. The trenches were filling with water and corpses, the artillery was raining down, there’s only one way to go and that’s up and over the top. That means casualties are going to happen, but at least there’s a chance of success for those who charge forward.

In the meantime the world moved on while Microsoft was busy turning the slow moving ship around. We all know that a big part of that pain involved the core of Microsoft’s business vision that relied on partners for the hardware to run its software. There’s not an industry pundit alive that didn’t criticize Microsoft for its business model and beg it to make hardware. That old model was never nimble enough to allow for swift changes or even moderate change. How could it be?

So, Microsoft decided to make big changes that would reverberate throughout the technology sector. The only way for Microsoft to do this in my view was to do so in ways guaranteed to piss off folks, and yes, leave a few casualties on the battlefield. But it was and is a bet Microsoft had and has to make if it wants to stay relevant.

Think about it. What’s the downside? Are Microsoft’s OEM partners in the computer and Tablet sector going to go back to using Linux the way they tried to with Netbooks? Not likely. Are they all going to develop their own OS? Adopt Chrome OS? Give me a break. Licensing revenue will continue to flow and Microsoft may even end up licensing some of the hardware specs. Will the handset makers drop Microsoft for Google’s Android? That boat left long ago. Microsoft has to claw into that market biting and scratching anyway. There is no downside worth calculating here. Hurt feelings don’t count as downside and if an OEM or two has to re-imagine their own model, well, where’s the harm in that?

Hardware OEMs are like camp followers during war time. They survive by serving and leeching off the army while the force is in camp or on the march. Once a battle is engaged, if the side they are following loses or suffers a reversal, the camp followers are essentially screwed. Don’t think the generals think about the camp followers too much when they decide on a desperate move for survival.

As I’ve already said, Microsoft has to execute and execute well to give this gamble a chance to pay off. Microsoft’s own history isn’t in its favor. But then the recent history already in the books on what came before this week wasn’t a pretty one either.

It is going to be an interesting fall.