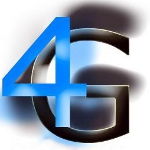 Lost amid the Christmas clutter there seems to have been some clarity on exactly what we can call 4G here in the US. I suppose that’s a good thing since exactly what is and what isn’t 4G has been the subject of many blog posts, debates, and marketing mayhem.

The International Telecommunications Union (ITU), the body that governs these sort of specifications has expanded its definition so that WiMAX, LTE, and HSPA+ can now be called 4G. I’m sure Verizon, Sprint, AT&T, and T-Mobile and their marketing denizens are very happy. According to the ITU, these technologies now fall under what is called IMT-Advanced. Is it what we all expected it to be when whispers of 4G first started being talked about? Well, not exactly.

Why is this important? Well, 4G is what all the carriers are pushing so that you can buy new phones, new plans (with caps and tiers), and basically keep you enthralled by the latest and greatest. But many, including me, often turned a skeptical eye to the speeds as promised and the branding. But as CES 2011 rolls on and everyone jumps on the 4G bandwagon, at least it is now something that no one can argue about when it comes to branding. That’s not to say that you won’t see differences in speeds and coverage between the various carriers and also dependent on where you live and work. Will the debate continue? Yes, but it will now probably only do so within the realm of geeks and not make it to the general public.

Via Matt Miller at ZDNet