In the What’s In My Gear Bag? post from the other week I mentioned that I still needed to get a good camera for covering events and taking product shots. I finally settled on the Sony Alpha NEX-C3 and I’m eagerly awaiting its arrival. I chose this model for two reasons: my photography skills (actually, the lack thereof) and the size/weight. My reasons probably match many consumers’, especially those who are caught between wanting to take good quality photos yet not wanting to deal with the complexity of a DSLR. The NEX-C3 bridges that gap pretty well. 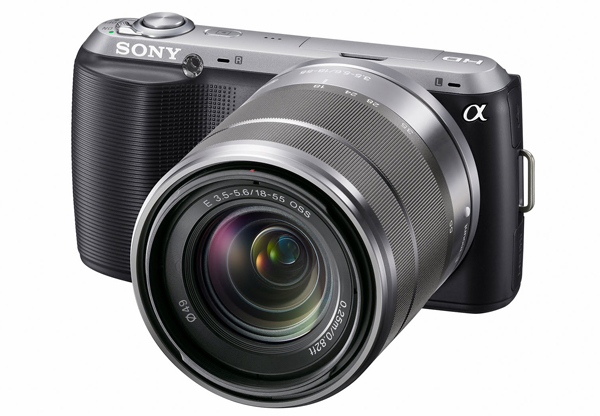 My skills as a photographer are minimal even though I’ve had access to and used a variety of DSLR models. Since I don’t know all the settings or which modes are best for which conditions, I pretty much needed a camera with an excellent auto mode to get by. But cameras excellent in this regard are also more expensive. And it doesn’t make much sense to spend a lot on something I can’t use to full potential.

At first I looked at micro four-thirds cameras, which are designed to have a large sensor similar to a DSLR but not the bulky mirror box. These cameras also retain the ability to change lenses for different shooting conditions. Olympus and Panasonic designed this system, and it’s produced some good cameras such as the Olympus PEN series.

Sony’s NEX series cameras are born out of a similar idea — smaller size, DSLR quality — but the engineering is different. The sensor is the same size as the regular Alpha DSLR cameras, though the body lacks the mirror box, AF sensor, and optical viewfinder like a MFT model, thus reducing the size. It has interchangeable lens capability as well, plus a hotshoe on the top for a flash if needed.

What really sold me on this model is the user interface. It’s friendly for amateurs like myself since the camera focuses on the result I’m looking to achieve or the conditions I’m shooting under, then helps to choose the right setting.

I will miss having an optical viewfinder; you can get one as an accessory, but I don’t miss it enough to spend $200.

A photographer friend once told me that it’s possible to take really beautiful shots with a good point-and-shoot if you know what you’re doing. However, most people don’t take their photography seriously until they get a DSLR because they’ve spent quite a bit of money. The Sony Alpha NEX-C3 isn’t cheap ($649) and isn’t the best choice if all you want to do is take pictures for Facebook. But for consumers in the same boat as I am who want or need high-quality pictures, the NEX series is a good choice and will spur you to learn more and get better.