It looks like Sony may be stripping the mobile phone and broadband radio out of its 6.4-inch Xperia Z Ultra phablet and release the smartphone in a WiFi-only tablet edition. Right now, a leaked manual suggests that many of the features that make the Xperia Z Ultra unique would still remain intact, save for the mobile radios that would connect the phablet to mobile networks. It’s unclear if the device would be positioned, in WiFi-only incarnation, with the smartphone version of Android or the tablet version of Android. 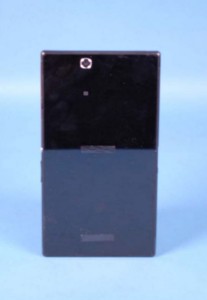 Phone Arena discovered a listing for the device awaiting FCC approval with the model number SGP412. A leaked manual also appeared for the device.

An FCC listing for the Xperia Z Ultra WiFi-only edition in the U.S. suggest that the device would still retain the quad-core Snapdragon 800 processor, 6.4-inch 1080p full HD display resolution, 8-megapixel camera, 2 GB RAM, and 16 GB of storage with an expandable micro SDXC card slot. The Xperia Z Ultra is one of the most powerful phablets on the market today, though it’s largely distributed by Sony’s retail stores unlocked and operable on LTE networks operated by AT&T and T-Mobile. This means that U.S. customers cannot buy the device subsidized and would have to pay full retail price for the phablet.

Having the same device and stripping it of the 3G and 4G radios would bring the Xperia Z Ultra to a more affordable price range while still retaining the powerful specs and could make the Xperia Z Ultra more attractive to those who prefer a larger, yet still mobile display, of the device while keeping costs at bay.

If the device does debut, one likely venue would be at Mobile World Congress next month. Despite launching in 2014 with the same specs as the Xperia Z Ultra phablet last year, this should still be a powerful device this year for fans of the 6-inch form factor.