After more than two years on the market, Sony has announced a refreshed version of the PlayStation Vita gaming console.

In a press conference ahead of the Tokyo Games Show taking place September 19th through 22nd, the company has unveiled an updated handheld designed to breath new life into the giant’s handheld gaming empire.

When the PCH-2000 launches on October 10, according to Polygon, users will find a design that’s been updated to mirror the design language used in many of the company’s other products. They’ll also find a console that is actually 20% thinner and 15% percent lighter than the current version that ships to users in the United States.

While Sony isn’t detailing how it managed to pull off the feat, marathon gamers will likely rejoice at the prospect of having a device that’s more comfortable to hold for hours at a time than was the original PlayStation Vita. They’ll also be pleased by the console’s six hour battery life. That’s opposed to the three to four hours users could expect out of the original version. 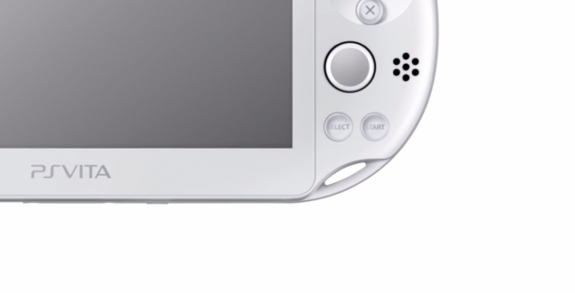 Sony has also boosted the internals of the device too. This PlayStation Vita features a 5-inch display with 1GB of internal memory and the option to add more memory later on. That includes the new 64GB PlayStation memory card that the company also announced at its press conference today.

Instead of just the staid black, users will be able to pick up the updated PlayStation Vita in white, blue, yellow, pink and gray when it debuts in Japan this year. Though it’s still early days, it doesn’t appear that Sony has any imminent plans to launch this new PlayStation Vita in the United States in the near future.

Introduced in December 2011, the Sony PlayStation Vita was meant act as the company’s answer to smartphones and tablets of other companies making inroads on mobile gaming. Unfortunately, the console’s rather high $299 launch price in the face of nearly ubiquitous smartphones hampered it out of the gate.

Since then, Sony has yet to see a measurable improvement in its mobile gaming business because of the PlayStation Vita. Meanwhile, market research has shown that Apple’s iOS account for the overwhelming majority of mobile gaming revenue. As smartphone makers begin to introduce support for hardware controllers, it’s likely that trend will continue.