Sony will be releasing a new firmware upgrade and a software update to the PlayMemories Mobile app for iOS and Android in the coming months that will offer significant performance gains to the QX10 and QX100 lens camera.

The cameras are one of the most innovative, albeit clunky to use, camera in recent times. The QX system essentially upgrades the camera experience on your phone to one that’s comparable to a point-and-shoot. These cameras are self-contained with their own zoom lens mechanisms, sensors, image processors, wireless radios, and memory card slot and can be attached to an Android or iPhone or handheld. The lens camera pairs with the phone and users are able to use the phone’s display as a viewfinder to frame their shots and review images captured. 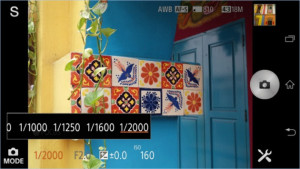 Additionally, users of the QX100 system who take action shots or want more precised control of the shutter speeds will also benefit with a new shutter priority mode.

Besides the firmware for the camera itself, Sony will also upgrade the PlayMemories Mobile app to version 4.0. The update is scheduled for spring, though a specific date isn’t available. For iOS users, Sony says that app will be speedier and will connect the phone to the camera twice as quickly over WiFi. A new photo browser will accompany both iOS and Android apps making it easier to see your recent captures according to Engadget.